Why do people cosplay? 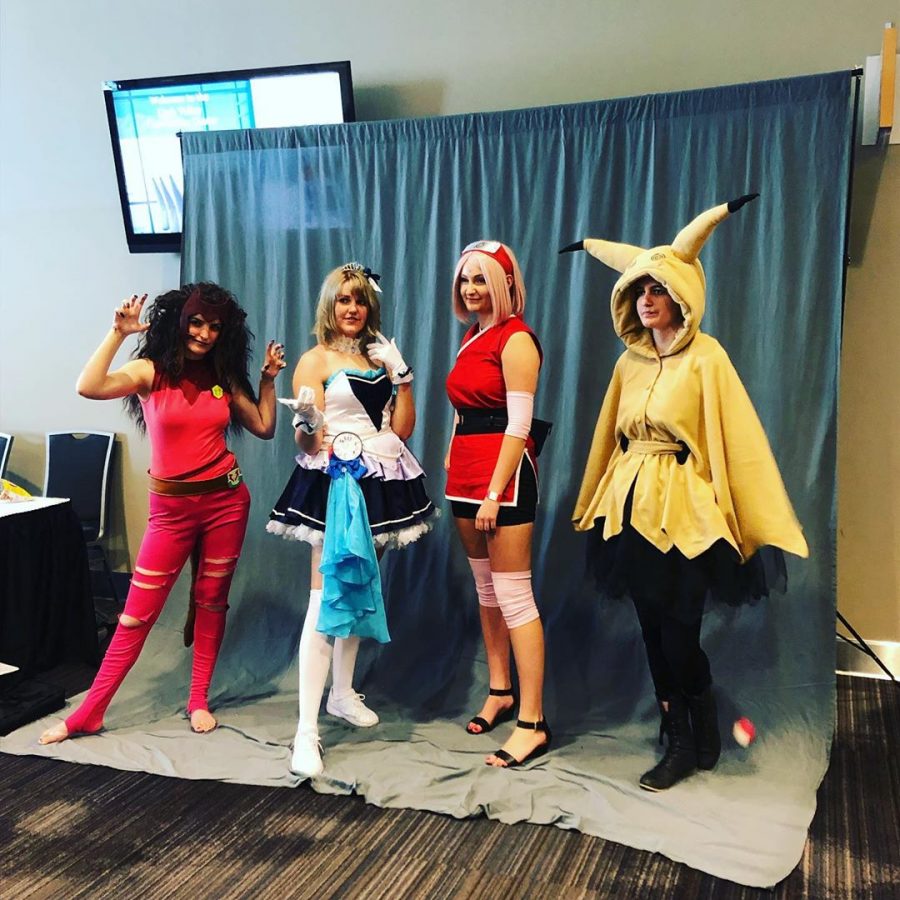 It’s almost that time again, the larger Salt Lake Comic Con — now known as FanX — is approaching fast. The first weekend of September will mark another year for large crowds gathering to celebrate and partake of nerd fandom in many sorts. Conventions like this is a place for cosplayers to show off their work or just a simple costume to show their appreciation of beloved character(s). But why do cosplayers do what they do?

Cosplay seems to be either accepted with admiration or naivete. Either a person wants to take pictures of or with the cosplayer(s) and/or look it in passing and possibly ask questions or the viewer cares not to take part or judge a cosplayer for dressing up because they don’t understand. Many people — including several misunderstandings that I’ve experienced — don’t understand what makes others want to spend hours upon hours of their time and money they work hard for in order to make a costume that they may only wear once or twice. Many also don’t understand why there is a market for it nor who or cosplayers cosplay as.

To better define what cosplay is, it is the act of dressing up as a character from a movie, video game, book or comic / manga. Cosplay is a mixture of the words costume and play.

Cosplay originally took off in the United States in the 90s when Japanese anime and mangas became popular. It is now such a large market that cosplayers make entire careers out of making costumes, meeting up with fans, selling prints, and much more. Jessica Nigri for example is a popular figure in the cosplay community. Her spotlight began in 2009 with her famous “Sexy Pikachu” at the San Diego Comic Con International and eventually landing a career as a cosplay enthusiast, modeling for several video games, and even voice acting for a few Rooster Teeth animated shows.


Where do people cosplay?


Usually people cosplay at conventions such as FanX, San Diego Comic Con, and New York Comic Con which are the largest conventions that come to mind. Though there is also the largest conventions such as Anime Expo held in Las Angeles, Gamescon in Germany, PAX West / East, and Sakura-Con. Cosplayers also portray characters in costume and / or events for photo shoots in several locations or at home. Sometimes in front of a green screen or with photo editing software. Photos are used for social media, selling prints, commercials, etc.

Just like how many people spend time and money in order to dress up as a superhero or a princess for Halloween, a pirate or an elf for a Renaissance fair, or in Colonial garments for reenacting a war, those who cosplay dress up for fun or for sport. Just like an activity, though, some take it to a serious level. While a person could just wear a Tokyo Ghoul mask with street clothes and be considered as “cosplaying,” others go full out and making suits and outfits by hand from scratch. Rebecca Lindsay’s unique Mystique capturing a still of the transformation is a great example of what a person can come up with.

Many of these cosplays made by hand can be entered into cosplay contests. Contestants can win different prizes, sometimes including cash. Winning may not seem like much, but it is usually a close call as some judges may a test to. While some cosplayers may enter the same cosplay every year, others will try to make a new outfit for each day of a con (convention). Cosplayers will stay up for nights on end spending countless hours sanding, gluing, sewing, painting, and cutting in order to get their work done on time and as perfect as possible. There is an amount of respect that should be warranted for those who go all out, even if people may not understand it.