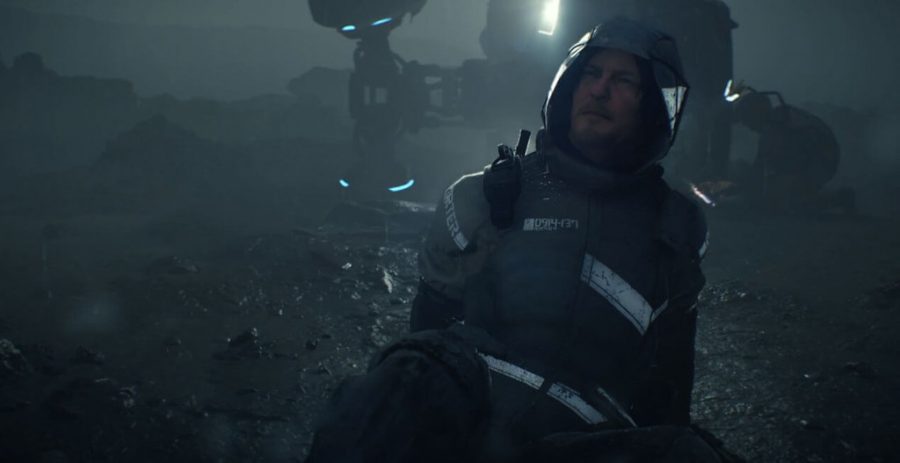 Kojima Productions has kept "Death Stranding" in a shroud of mystery. Soon to be released in early November.

Finally, November is a big month for gaming. All year has been lacking in big name game releases. We’ve received recent big titles like “Borderlands 3,” “The Outer Worlds” and “Call of Duty: Modern Warfare” in the last couple months, but there are other major titles we have been waiting for all year.

One of the first to be released is “Death Stranding.” A game that has been shrouded in mystery is finally coming to the PlayStation 4 on the 8th of November. Kojima and his new-er production company, Kojima Productions, released a very interesting, but confusing reveal trailer at E3 back in 2016.

Since then, the company has been releasing trailers that add to some story arguments, but mostly it has been adding to the confusion. Kojima himself has come out and talked a little about the game explaining that it’s a game linking life and death which could be somewhat understood already from the trailers.

Kojima explains, “The first tool created by humans was a stick, meant as protection by putting a distance between oneself and “bad things”, and that the second was a rope, used to secure things one finds important. Kojima compared the main “tools” in action games – punching, shooting and kicking – to sticks, and that in ‘Death Stranding,’ he wants people to communicate through the game equivalent of ropes.”

Releasing on the same day as the last title is “Need for Speed Heat” from EA. The new “Need for Speed” game brings about some interesting new features. One of the new features is a day and night cycle involving cops. The series is always known for its cops — either in races or more recently in the open world environment — but this title brings about what is called the day and night cycle.

During the day the cops behave like they should, only coming after you for doing illegal actions. The day cycle allows for legally sanctioned races where you compete for money. When you want, you can switch to the night cycle. During then the cops no longer follow the law, chasing you down for the smallest action. You can also participate in illegal races where you can up your reputation which allows for purchasing better parts for your cars.

Racing during the night, however, increases your heat level. This makes cops more aggressive on hunting you down on sight. If you get caught before returning to a safe area, all reputation is lost making you have to restart from the beginning of that night.

The game also brought about new customizable options. Even including a new app where you can design your car outside of the game.

The “Pokémon” franchise generally never changes much with only some new things with each game. In “Pokémon Sword and Shield” which releases on the 15th of November, Nintendo has definitely brought more than expected.

There’s new Pokémon, new characters and areas, but they also took some features from prior “Pokémon” titles like raids from “Pokemon GO.”

“Pokémon Sword and Shield” brings about one of the most requested features in “Pokémon” games which is autosaving. You’ve probably heard of it before, but it does exactly as it sounds saving the game automatically for you. It’s important because it’s something the series hasn’t had before and has been asked for from fans for years.

Another big feature is Dynamaxing and Gigantamaxing. Dynamaxing allows you to turn any Pokémoninto a giant version, giving it boosted attacks and some new abilities and stats. However, the feature is only available in certain areas or events. Gigantamaxing will only be available to certain Pokémon, though, those creatures will look completely different.

EA gives another release this month on the 15th: “Star Wars Jedi: Fallen Order.” You play as a Jedi after the execution of Order 66 on the run from the Empire. Your companion is a BD-1 droid who helps in several ways.

On your journey, you learn about an ancient civilization that helps in rebuilding the Jedi Order. Leave it to EA to make battles look enticing. Using your lightsaber and Jedi abilities to move and fight are the usual in any Star Wars title, but the in-game fight animations have all the flash and sound to get you pumped.

Don’t forget about BD-1 though, because it will assist in navigation and traversing the environment. “Star Wars Jedi: Fallen Order” hasn’t released too much marketing besides trailers, but based off the those, we are expecting this to be another great game that might be comparable to “Star Wars: The Old Republic” both in story and play.

November is always a great time of the year for games, seeing how developers always try to save their releases to cash in on Black Friday and the Holiday season. The good side of that is we always know we can expect some big names to show the best content and this year looks promising.