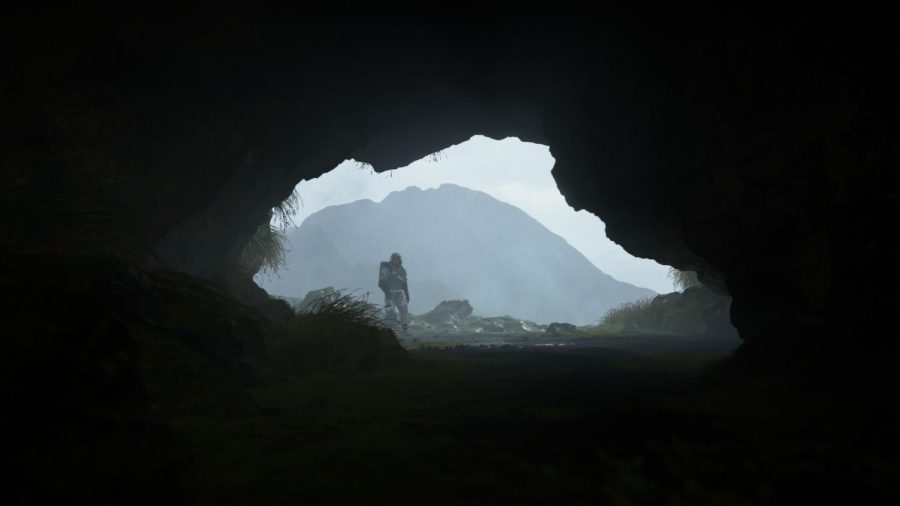 Warning: This article may contain spoilers for “Death Stranding.” Nothing past the early story is discussed.

Is Kojima Production’s Death Stranding just a hiking simulator or does it actually live up to the hype? After three years in production, gamers have been waiting to see what Hideo Kojima can produce without Konami’s chains. The game has received low critic scores, which is hard to believe with all the amazing trailers that we have seen. But maybe these critics have a point. Maybe the title is a horribly boring game only saved by the presence of a good story, or could it be that this game is something incredible in disguise?

Death Stranding throws you into this world as Sam Strand known justly so as “The Legend.” He is a man with the power to sense the invisible wraith-like creatures known as BT’s (Beached Things), beings ready to kill you at first notice. He cannot necessarily see them, but he can sense their presence with his ability making it easier to know when they are there.

Having the sensibility may not seem like much, but with the combination of his BB (Beach Baby) he can navigate through the dangerous terrain omnipresent throughout the world. You will be doing a lot of this as delivery man, Sam, traverses the country delivering valuable materials, hope, and even some dust, to much-needed locations.

As you progress through the game, you’ll be keyed into more of the background behind what the Death Stranding actually is and some of the elements that coincide with it. Though the game is filled with bits of narrative, you are not hand-fed the entire story, which will likely leave you confused on more than one occasion. Unraveling this narrative and deciphering its deeper meanings will be up to you.

You can be left behind with only knowing the general gist of the storyline and be content with the game or you can delve deeper into the facts to figure out the entire meaning behind the Death Stranding. Whichever route you take is entirely up to you, but like most who want to understand the game’s narration, you will likely want to cure any ignorance.

Norman Reedus, who Sam was modeled after and voiced by, is known within the entertainment industry as somewhat of a ‘gritty survivalist,’ a title that is reflected in his role in Death Stranding. One of the main elements of this unique title is somewhat of a recurring theme among the various characters Reedus plays: Walking. Though one of the main game mechanics, walking remains one of the biggest gripes reviewers had with this game.

Sam is a porter, a glorified delivery man. Porters in this gameplay an important role in the fact that most of the main roads and modes of travel are no longer a viable means to travel due to Timefall — a rain that ages anything it touches. Due in part of the rain, each trip between cities could be completely changed due to a prior existing bridge simply corroded away or an area that was once a field was turned into forests. Existing civilizations need Porters who are willing to travel from city-to-city delivering lifesaving materials — all while avoiding BT’s and other hazards.

This is where Sam comes in because he is “The Man Who Delivers” since he has an advantage as a porter with his powerful senses. He is in high demand which means a good amount of play for the gamer, but that can be a nuisance for some.

“Death Stranding” has a fascinating story that can easily draw players in. Though, with a large distance between cities, progress can take a while. Some players will not enjoy tediously walking to each location. Most games use some form of a fast travel mechanic to deter such boredom. So, why didn’t Kojima and his team incorporate this mechanic as well? Simply because traveling gameplay is a way to engross players in with the reason for porters, the environment and the survival mechanic of the game.

Traversing terrain for a job is not just picking up a package, walking there, dropping it off, rinse and repeat. There are many variables and complications along the path. The game will have you travel back-and-forth throughout the entirety of the United States delivering a variety of luggage. With each order come new challenges.

Do you even lift, bruh?

When you first begin a trip, you are given your orders with the packages that need to be delivered. Every item has a different weight, size and other factors that all need to be considered when starting because how the gear is arranged makes all the difference during travel. You are also going to need tools such as ladders and climbing anchors to make it through the environment. Survival tools also have weight and take up space. Therefore, taking what you absolutely need in order to carry everything is crucial.

After all that prep, you should be ready to head out while exploring the world like most games, right? Whelp, not exactly. You still need to look over your map to get a good idea of the area and potential hazards. Depending on the terrain, you may need to have or make certain objects like a rope or ladder. There is no mini-map, but rather a general path with markers that can be set up to plan a route.

Now that all the easy stuff is done, it’s time to set out. Along the way, there are several challenges: The Timefall will slowly destroy your packages, the BT’s will seek you out and attack if you make noise or even breathe and mules — basically, raiders — will attack and steal your luggage in their territory. That’s why it is best to plan a route to avoid the dangers where possible.

With all of the tediousness, why would a player consider hiking like a pack-mule an enjoyable time? It’s not just a long boring walk. Each encumbrance requires strategy. Planning out a trip, thinking about dangers, reacting to new threats and uncovering a vague apocalyptic storyline gives a sense of accomplishment.

Kojima Productions truly succeeded in making a game like no other. The company’s first endeavor was kept as obscure as possible and it paid off. Movies and games alike are expected to give away almost the entirety of their products during production and through marketing. Despite information about Death Stranding being provided during development, they produced nothing but teasers without spoiling any plot devices.

It seems with the backlash on critics not understanding the game wholeheartedly, they might be going back on their original reviews. As players continue to unlock new methods of playing the game, we might be seeing “Death Stranding” form a cult-like following like that of Dark Souls and The Legend of Zelda series. Death Stranding was released November 8th for the PlayStation 4 and will soon be released for PC next year.