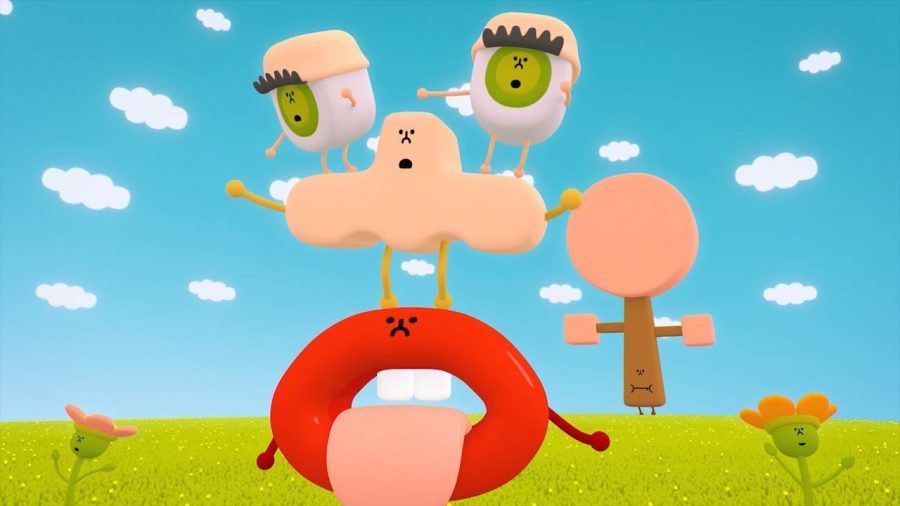 "Wattam" is a fruitful game from the creator of "Katamari Damacy." (Courtesy of Funomena).

December is another great month for gaming as it’s the last hurrah for releases. Let’s dive into what’s already out and what’s to come.

Many smaller games have been released or re-released on other platforms throughout the month, namely in the first week. “Where the Water Tastes Like Wine” is out on PS4 with a narration lead like that of “Bastion” and a somewhat comic book storytelling if it were around a campfire. “One Finger Death Punch 2” is out for the Nintendo Switch.

The developers of “Sara is Missing” upped the anty with an improved gritty simulation in “Simulacra” which released for Xbox One and PS4.

“Arise: A Simple Story” is a different type of narrative game that takes the player from one section to the next with little action. This game requires definite skill. Though the payoff is worth it as the characters grow on the player.

“Wizards of Brandel” was released on PC in November and is now available for the PS4 and even PS Vita. The game is a top-down classic JRPG featuring interesting characters and sped up battles for those who want to enjoy a fantasy game on little time.

Co-creator of “Rick and Morty” created a game similar to what you’d see from the show. “Trover Saves the Universe” is available for PC and Xbox One.

Painterly art-styled platformer, “EarthNight,” is a unique arcade-like game placed in space after a dragon apocalypse.

Co-op game “Tools Up!” similar to “Human Fall Flat” and “Overcooked!” is available for PS4 and PC.

The “Blair Witch” game is unlike its predecessor movie titles. This one will have you second guessing the reason you chose to play after a slow start.

“Halo” games are finally available on PC in the “Master Chief Collection.”

Games made for the Mac are not usually seen, but “Phoenix Point” was made available for both the Mac and PC.

“Ashen” is out for the PS4 and the Nintendo Switch.

“GTFO,” a game with the zombie-like clicker creatures from “Last of Us,” is a strategic co-op so hard that just one mission is bound to last its players a week.

“Destiny 2’s” newest event is “The Dawning” which will be released for all systems including Google’s Stadia. Normally, events for games wouldn’t make this list, but this one is an interesting one worth covering. Players have a chance to receive rewards such as an Avalanche machine gun and a festive SMG named the Cold Front among others by making cookies for friendly NPCs. The event continues until January 14th, 2020.

“Planet Zoo’s” DLC “The Artic Pack” for PC is was available on the same day for the PC.

The beloved game which has gathered quite the following, “Untitled Goose Game” is finally available for the PS4 and Xbox One.

“Wattam” is going to feel similar to those who’ve played “Katamari Damacy.” Keita Takahashi’s games are distinguishable for their unique art style, music and whacky humor. Mayor, the main character, needs to restore his memories and reconnect with his world. Simple in the story, but fruitful in gameplay. “Wattam” is available for the PC and PS4.

If you’ve been missing a good old classic JRPG, “The Disguiser of Fate” will be available for PC. The game features a well-crafted looking top-down graphics and maps and classic anime characters that seem reminiscent of “Chrono Trigger.” The player character is a knight with no name and no direction until he happens upon a mask that takes him to a similar broken, yet beautiful place. The knight goes on a journey with a girl named Air as the knight recalls the place he came from while dealing with what’s to come of this new world he’s in.

There are many other games that weren’t able to be added to this list but are definitely worth looking into. These games were the ones that stuck out or were most anticipated. Many of us are looking forward to what the new year brings.