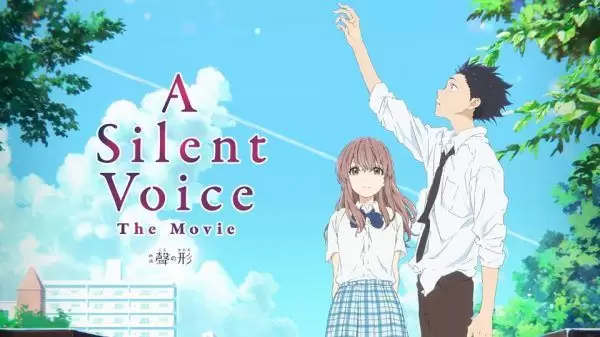 Abstract
One of the great movies floating around Netflix right now is A Silent Voice.  Although it was published in Japan in 2016, then globally in 2017, the movie has turned some heads, but still remains a little underground. However, the film is now streaming on Netflix, making it more accessible to everyone. Although the film is  seemingly a traditional slice of life, it takes some of the classic motifs and ideas of the genre and turns them on their heads. A Silent Voice is gripping and, although somber, it offers good themes and beautiful artwork. It tackles harsh topics like bullying in a subtly controversial vehicle, often leaving the viewer unsure how to feel. So, while this movie may not be old enough to be a classic, or new enough to be trending, the film is genuinely good and should be visited by new and old anime viewers alike.

Synopsis:
The film begins with a flash-forward with teenager Shoya Ishida standing on a bridge, preparing for a suicidal jump. Deciding against jumping, at the last minute, Shoya remembers his time in elementary school, revealing what led him to the ledge. In this flashback, it shows Shoko Nishimiya transfer to Shoya’s school. Shoko reveals herself to be deaf, and asks that other students communicate with her via notebook. However, quickly becoming annoyed with the notebook, Shoya and his friends use this as an excuse to bully Shoko. While mild at first, the bullying starts with negative gossip about Shoko, or making fun of how Shoko talks. Unable to hear the insults or comments, Shoko does not understand that she is being bullied.

Then, the bullying intensifies, specifically when Shoko gets hearing aids. This includes playing ‘keep away’ with Shoko’s hearing aids, or just destroying them. The unpleasantness of these scenes is enhanced by the teacher’s passiveness towards the bullying. Being the ‘ring leader’, Shoya intensifies the bullying until Shoko ends up transferring to a different school.

When the principal catches wind of the reason behind the transfer, the class points out Shoya as the main bully. From this point on, Shoya becomes the target for bullying after being labeled as a bully himself. Losing his friends, credibility, and good standing, Shoya falls into a state of constant anxiety and depression. This causes Shoya to have social anxiety, making it difficult for him to look people in the eyes. Shoya ends up finding Shoko’s notebook, and keeps it in hopes of returning it to her.

The central portion of the narrative takes place in high school, where the now outcast Shoya remains alone and unable to talk to people. However, soon into the new semester, Shoya befriends Tomohiro (another outcast) when he sees Tomohiro being bullied. After this friendship grows, Shoya has enough confidence to go to the Sign Language Center, where he hopes to make amends with Shoko. What then follows is a fulfilling plot that encompasses a true coming of age story. One that tackles the ideas of friendship, forgiveness, and self reflection.
Themes:
Bullying-
Bullying plays a huge part of the narrative, often being the cause of good/bad relationships between characters. The movie’s ability to portray both sides of the bully and the victim relationship is what really sets the movie apart from others of the genre. Shoko’s innocence in contrast to Shoya’s innocence during the beginning bullying scenes cause major discomfort for the viewer. Shoko, being deaf and new to the school is always positive and asking for friendship, making it seem that Shoko sees the bullying as a way of ‘integration’ into this new friend group. This contrasts with Shoya’s innocence because although he knows that he is being unkind, he does not realize the deep affect that he is leaving on her until he takes it too far. By then having the plot show that Shoya is a normal guy, and that he himself is somewhat a victim, the film redefines the genre by making the viewer feel genuine sympathy for the once antagonist. It is through this complicated character trajectory that A Silent Voice manages to tug at the viewers’ heart strings.

The themes of bullying are further explored in A Silent Voice by allowing the medium to enhance the discomfort. This is done by making the viewer feel as though they are not able to speak up or do anything to help Shoko, despite their discomfort. This helps the audience to align themselves more closely with Shoko, because both are unable to speak. Although both the viewer and Shoko feel upset, the inability to communicate emphasizes the idea of a silent voice. This concept and what it means is continued through the rest of the film, but this is just one of the brilliant ways that the movie uses the medium to enhance the themes.
Redemption-
The essential plot is based upon Shoya’s act of redemption by befriending Shoya. However, this simple idea becomes very complicated. With the lack of trust between the viewer and Shoya’s true personality, the movie constantly plays on the idea of motive. Although Shoya seems to genuinely want to redeem himself, it begs the question of why. Shoya seems to want to rebuild the friendship because he wants Shoko as a friend, and he feels bad for his childhood actions. However, he constantly questions if it is for his own personal gain (popularity, making himself feel better, etc.). Others even criticize him for trying to befriend Shoko, saying that he is doing it solely for these reasons. This makes Shoya question himself even more. By staying true to himself and his intent, Shoya is able to redeem himself in a true act of kindness that goes against the negative criticisms. So, although it is a redemption story, the complicated feelings that flourish make it more than a generic redemption story. 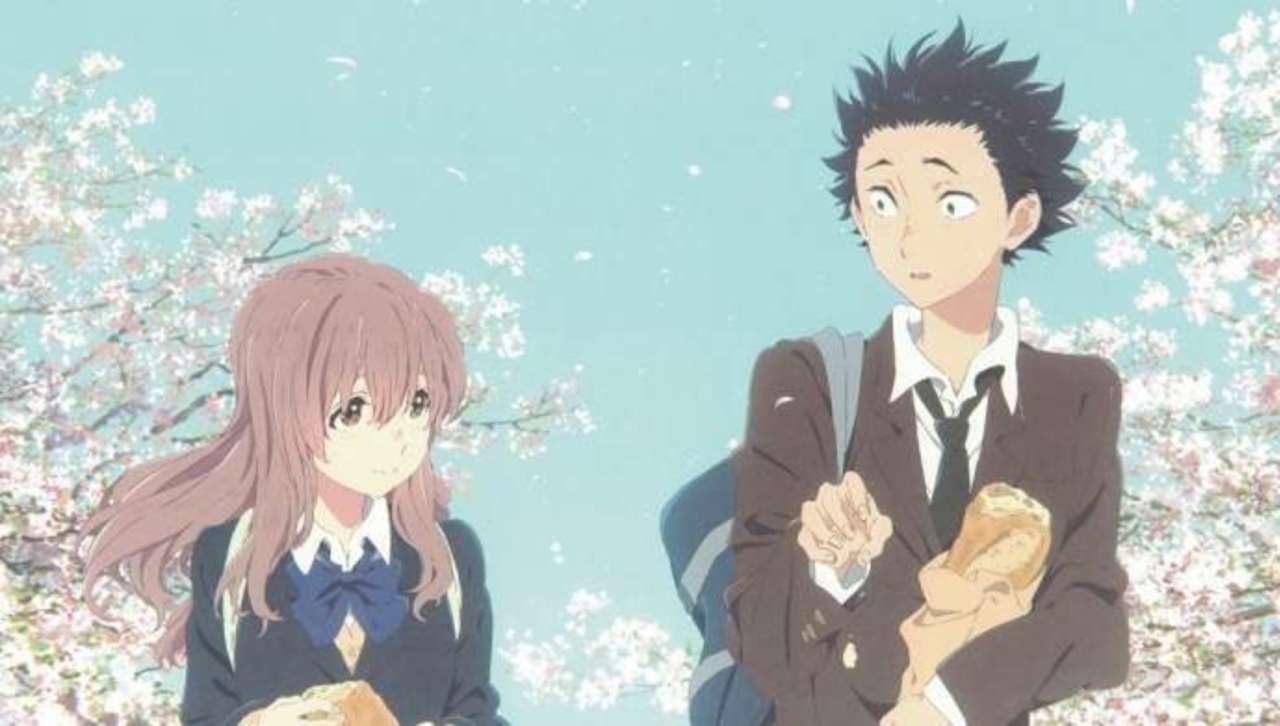 Conclusion:
A Silent Voice is a complicated film that diverges from the traditional ‘slice of life’ genre. By complicating simple themes like bullying and redemption, the film becomes more relatable and heartfelt. The film does not fully diverge from the genre, focusing closely on the major characters and their personal lives. By so doing, it promotes each character as real and three-dimensional. The soundtrack for the film is somber, and always fits the tone of the movie. The loud disruptive song “Our Generation” enhances the loud, uncomfortable nature of Shoya when he is a bully. The soft ambiance thought the rest of the film enhances the soft nature of the characters and mood. The artwork is also beautiful. Backgrounds in the city feel bustling, busy, and overwhelming without drawing attention away from the characters. The soft, pastel backgrounds of the setting make it feel like a genuine Japanese town.

By combining all of these cohesive elements, A Silent Voice is a must see. Especially if you have a Netflix account and have yet to see it. It is emotionally complex, while also remaining visually beautiful. The characters are brilliantly designed, and the plot is well thought out. By putting the viewer through discomfort and stressful scenarios, the relief that comes with the narrative’s conclusion is that much more satisfying.