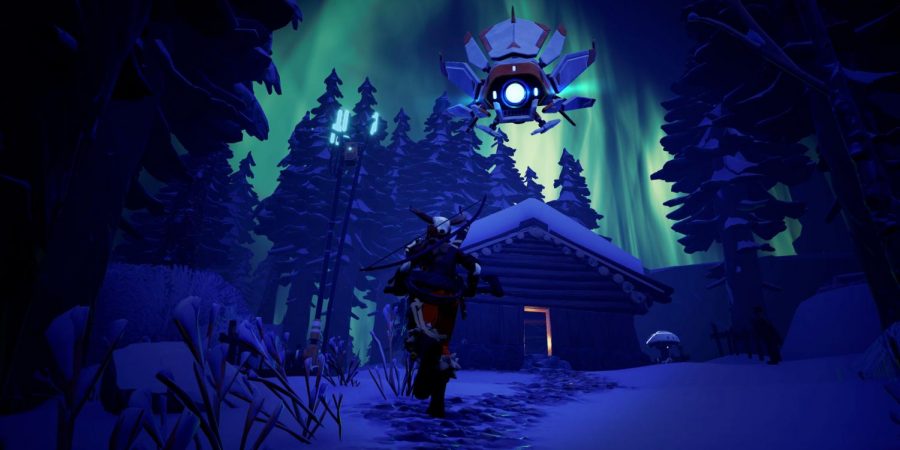 January marks a new year and with that, we’re always expectant for a new lineup of video games. As well as, those games we’ve been waiting for. Here’s a list of some of these anticipated games to ring in the new year.

The “Darwin Project” has been in early access for a while now and a lot of players have been waiting for its official release. This title took a different approach to the battle royal theme of recent games by making it more of a smaller scale free-for-all play.

You play against other players to try and kill them while staying alive. This sounds easy enough but as you get more into the game you realize that running in guns ablaze isn’t going to work too well. This game heavily relies on your ability to stealth your way around the map as you set traps and wait for the perfect ambush on a target, all while trying to avoid other players and a randomly decreasing map. This game puts your true real-time strategy to the test as you move around risking everything to get the most perfectly planned victory.

This title comes as surprise for most. “Final Fantasy Crystal Chronicles” was a good title back in its original release showing some pretty good graphics for its time by using an amazing art style. It was somewhat enjoyable with a good story on its own, but the thing that made it so popular was the ability to finally play a “Final Fantasy” title with friends.

This multiplayer integration made playing the game so much more enjoyable seeing how you could now enjoy the title with others at the same time. The only problem was the way you played this together was through a GameCube with four separate Gameboys and a link cable for each one to tie them all together. It also meant you had to have four copies of the game too.

Though, with the new release, not only did they get a huge overhaul to graphics while still keeping the same look but they created an easy way to actually join together and it’s cross-compatible. This new title allows players to play anywhere with internet on not only the Switch and the PS4, but also on mobile devices.

Bringing “Dragon Ball Z” to a game adaptation, “Dragon Ball Z: Kakarot” follows theDragon Ball Z storyline in a story-based adventure. Train, fight, and even fish your way through this story as you play as major characters such as Goku, Vegeta, and Gohan. This title follows the amazing animation styles of previous Dragon Ball fighters and the combat follows them too. Unlike other titles though, this game plays like an RPG following the actual story including more than just Dragon Ball Z’s greatest fights.

The first real VR release of the year comes in the form of “The Walking Dead: Saints and Sinners.” Looking to give an immersive experience into the “Walking Dead” universe, this title sets you in New Orleans to give a different look into the WD environment. This game actually includes a very interactive environment and gives you a very choice selective setting where you get to decide what happens in your own way. The only issue of this so far is this title is limited to VR only, so hopefully anyone looking to buy this title owns a VR set.

“Journey to the Savage Planet” is a really colorful title allowing you to have an adventure on an alien planet. Your job is to see if this planet is habitable but don’t worry, the title promises to be the more adventure side rather than action. Though it does include action, it focuses on being more of an enjoyable game of exploration and discovery, and even experience this with a friend of yours.

Playing just like the original title, “Warcraft III: Reforged” shows just how a remake can go right. Bringing amazing HD graphics and retextures to this classic real-time strategy game. As you play through this game you can re-experience the original gameplay with major graphical enhancements on animations and the overall environment.

“Moons of Madness” is an upcoming physiological horror release. It shows the trials of astronaut Shane Newehart as he explores his newly remodeled space research facility. Only, the remodeling has been done by a supernatural power and isn’t looking for him to stay around.

The title follows this lone cosmonaut as he deals with inner struggles of coming to terms with Rock Pocket Games’ interpretations of Cosmicism. This idea is mainly found in H.P. Lovecraft’s stories: That with no god or higher power, humans life is completely insignificant in relation to the vast expanse of space — a truly horrifying thought. Play through this incredibly well-built story as your character — and possibly you — strive to overcome the despair of feeling so small in the massive universe.

Though this is a small list, there are so many more unique titles to come. These games are just the beginning and we couldn’t be anymore excited.