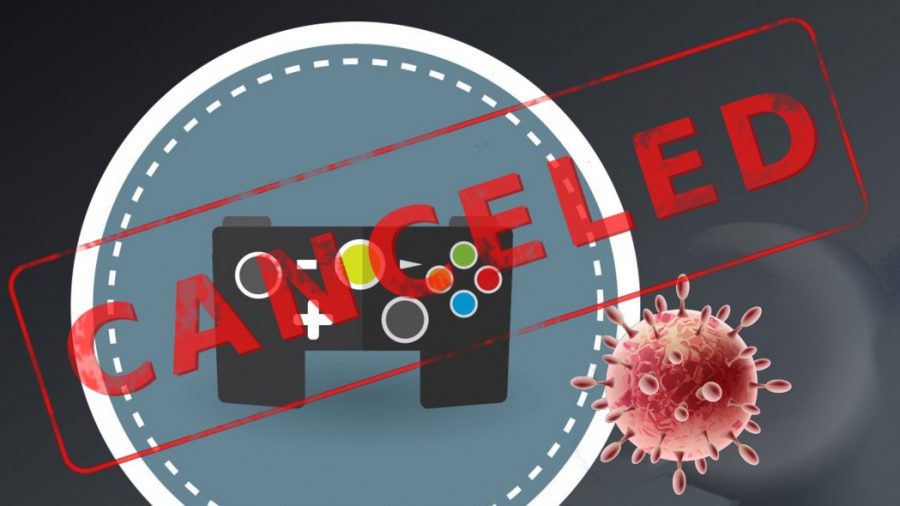 March is another month with big delays. With the continuous spread of the Coronavirus or COVID-19 Novel Coronavirus, throughout the world, we are starting to see the virus’s effects on the gaming industry. Major areas that produce the majority of the gaming components, consoles and so forth are either receiving delays in production and release dates or pulling out of gaming conventions altogether. Big names include Sony, Playstation, Kojima Productions, Nintendo, as well as this week’s U.S. PAX East and next week’s U.S. GDC events.

Impacts on Gaming Conventions
PAX East 2020 will be missing many gaming companies, such as Playstation and Square Enix, this year, but will still continue on while following measures to reduce any sort of risk. The event will occur from February 27th to March 1st, 2020.

Playstation has decided to cancel their participation in this event due to concern for their employees. Playstation was to host a “Play with Us” in which gamers would be able to test out “The Last of Us Part II” and the “Final Fantasy VII Remake.” Square Enix was to hold “The Artwork of FINAL FANTASY XIV: A Look Behind the Screen” panel, photo ops and a fan gathering, but they have followed suit with Playstation.

Other companies to add to the list of non-attendees are CD Projekt RED and PUBG Corp. CDPR wasn’t going to hold any sort of booth or event, but just to be there. They decided to cancel to remain healthy. While PUBG Corp didn’t have a booth announced at PAX East, they were planning on attending and hosting a mini fan meet. Their absence has been announced at both PAX East and GDC 2020.

Sony, along with Facebook Gaming, has also decided to back out of the GDC 2020 that occurs very soon, from March 16th to 20th. Oculus was supposed to work in conjunction with Facebook AR/VR and Gaming has followed Facebook in their decision to cancel their attendance at GDC. This makes for a possibly bad move for Oculus. They could have up for the canceled collaboration with Facebook in order to promote their Oculus Quest for “Half-Life: Alyx” due to reduced production of the via the Valve Index (discussed below).

Updates on Game Delays
“Animal Crossing: New Horizons” is still scheduled for release on March 20th worldwide. Though the game’s special edition Nintendo Switch consoles — which are to be released March 13th — is going to be the in short supplies. The special edition consoles have already been delayed in Japan. The console’s Western release edition has yet to be delayed due to the production sourced out of Vietnam has not taken a hit as much as the production in China has. Though to offset the shortage in Japan, Nintendo may divide the products coming out of Vietnam between Japan and the U.S. which would mean limited special edition consoles and hardware between the two countries.

Come April, the U.S. and European markets will start to be affected by the lowered supplies for Nintendo Switch products as Vietnamese factories will not be able to keep up with increased demand.

Private Division has announced in a tweet that the “The Outer Worlds” digital import to the Nintendo Switch has been delayed, but they’re working on physical cartridges of the game which still has no launch date. They mention that the Virtuous Team behind the game are okay with just having their office closed due to the virus. The publishers for “The Outer Worlds” will still be attending the PAX East convention.

“Half-Life: Alyx” was set to be released on March 23rd, however, the supplies for the required VR headset, the Valve Index, are limited due to the virus as well. Valve hopes to ensure there will be enough units released prior to the game’s launch. If you have any form of a VR headset with tracked controllers for PC, the game will still be playable with limited interactions. “Half-Life: Alyx” should still be free for those who can get their hands on the limited supply of Valve Indexes.

“Nioh 2” is set to be released on March 13th following an in-store experience event in Japan on February 29th. The game release date has not been changed, but rather the event has been canceled due to virus concerns.

“Blood of Steel” a Free-to-Play MOBA has halted all production of the game which delayed its release date from February 20th until the virus can be handled.

Esports in the Wake
Measures were made to relocate the Shanghai Dragons and the Guangzhou Charge to South Korea after canceling games in China in February. Now that South Korea is moving into alert level Red, the country’s “Overwatch” League Matches and Seoul Dynasty Homestand Games have been canceled.

Other Game Delays
“Ary and the Secret of Seasons” was to be released during March of the year for PC, PS4, Xbox One, and Nintendo Switch has been delayed until the Summer of 2020. No reason has been stated at this time.

“Iron Man VR” was delayed from February to May 15th.

“Marvel’s Avengers” will be released on September 4th instead of May 15th.

It’s understandable for gamers to be frustrated with 2020 being the year of game delays, but the delays and canceling participation at gaming events are for good reason. Delays are to be expected with developers wanting to add finishing touches, although China has been unusually affected by something that could not have been anticipated. All we can do is be patient and supportive as China and other countries work through such a terrible ordeal. Hopefully, the Coronavirus will be relieved soon and the industry isn’t impacted any further.