Battle Royales: Where are they going? 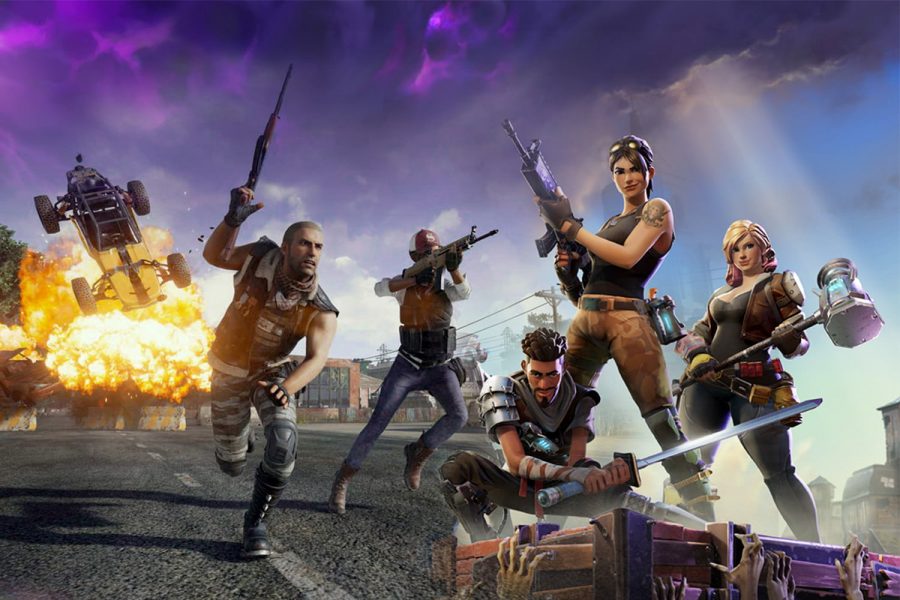 The battle royale genre isn’t anything new, and it seems to keep growing. This genre gained massive popularity in 2017 with the release of PlayerUnknown’s Battlegrounds (PUBG). This game thrived overnight, quickly became one of the most popular games on the market. Then, similar games began production, allowing the battle royale genre to grow. Such games include Fortinte, Apex Legends, and even Tetris (yes, tetris). With Call of Duty producing it’s second battle royale game, Warzone; it doesn’t seem like the genre is going anywhere. However, a lot of people often feel that the genre is ‘getting old’, and that it is just a trend that will blow over in the next few years. If you are intersted in where the genre is going, here is the Geekwave’s insight.
Fun

Before we can say anything about the genre dissapearing as we head into 2020, one reason why it is unlikely is due to the simple fact that the genre is fun. With a now wide variety of games and playstyles, almost any battle royale game can include almost any player. PUBG usually incorporates players who like a more serious and intricate gameplay. So, people who play games like CSGO or Rainbow Six Siege easily apply. Fortnite is incredibly easy to pick up, and has building elements. Attracting kids or casual gamers, and even some of the Minecraft community. This list can go on, but the point is made.

In addition to how it applies to other games, most battle royale games have genuinely good gameplay. The fact that anyone can be anywhere, and the slightly competitive edge make the game more intense than most games. The narrative built between fellow players as they fight their way to the top promotes thoughtful matches, making each game a story, rather than a mindless ‘shoot em up’. The odds being against you or your squad make every game the story of an underdog, which we are all drawn to. To put simply, the genre is fun in a lot of ways, and each game brings something different, so it is unlikely that the genre will disappear due to staleness.
Technology
Technology is getting only better from here on out. With the Xbox X and the PS5 coming out soon, this will only provide more opportunities for the battle royale genre to really find its footing. With the traditional battle royals first coming out with servers that could support 100 players, it wowed a lot of the industry. This was a way to flex the muscles of the tech they were using. However, Warzone allows for 150 players, and still runs super smooth. So, with the new tech coming out, will the battle royale grow to be even larger? We’ll have to wait and see. While the tech may allow it, it may not be the best thing for the game itself (either games taking too long, or becoming increasingly hard to find someone, etc.). Although this does allow for the industry to find the right amount of people for particular formulas. Allowing for games to become ‘more’ perfect in regards to flow of the game.

In addition to this, newer technology allows for newer possibilities. Not just in player count, or how much a server can take, but rather gameplay possibilities. However, this is not something that can really be commented on too much, since that would be something more visionary, not commentary. Regardless, the point remains the same: as technology improves, it will only bring more to the genre, rather than pushing it away.
What to Expect
So, based solely on the two things that make battle royales possible, it doesn’t look like they are going anywhere anytime soon. However, we can expect a few more battle royale games to come out. Especially since Call of Duty made this possible. Because there was already a battle royale in the last installment of Call of Duty, it put a lot of pressure on the newest installment to have one. Which then made the question of “How?”. So, COD decided to not make another rehash of the previous battle royale, and instead create something entirely new. So, this shows that future installments will likely have a battle royale mode just based on their popularity, and that they will offer something new each time. This means that other battle royale games can create ‘sequels’ to previous installments. Or they can remain ever evolving like Fortnite or Apex Legends.

However, while new battle royales are likely, it will be hard to keep multiple battle royales afloat, considering they will need an increasing amount of players to maintain servers. While fortnite is the most popular battle royale now, it might become too basic for future games that will offer more. So, we will most likely see 3 or 4 really popular battle royales that are very different in gameplay emerge and stay on top. So, to answer “where are battle royales going,” the short answer is far. They are going to be around for a while longer, and if you like them, get excited. If you don’t like them, get ready, you’ll probably find one that catches your eyes soon enough. Because Battle Royales don’t need to be just shooters like Warzone or Fortnite, they can be Tetris or other genres entirely. We will just have to see which battle royales take to the top of the charts and bring home the winner winner chicken dinner.