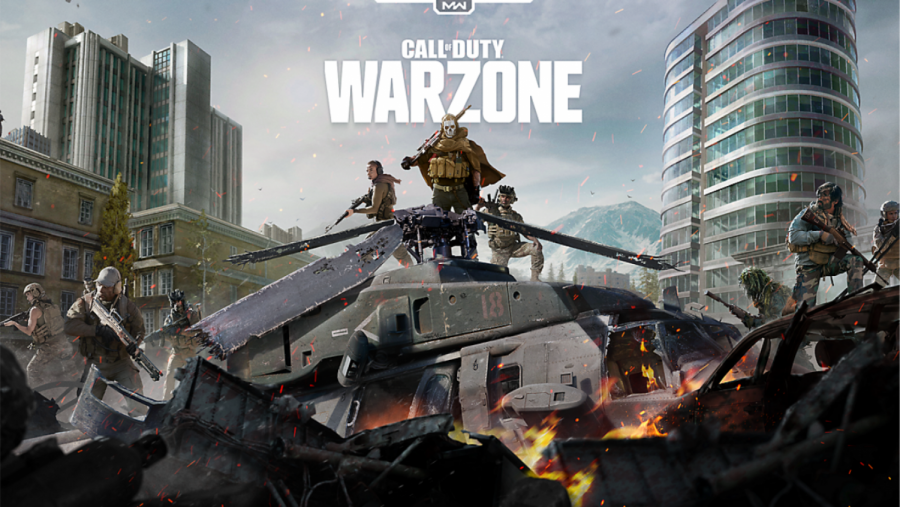 Call of Duty has launched another battle royal game, and it feels so different from other games in the genre. Warzone, the new, free to play, 150 player battle royal divides players into groups of 3. Then, it deploys them over Verdansk, a new map composed of other Modern Warfare maps, other infrastructures, and open areas. In addition to the new map, it also allows for vehicle play and some interesting mechanics to differentiate itself from other battle royales.
The Map
Verdansk is a huge new map, with some old parts. Although it has other maps integrated into the game, the map feels very fresh and organic. However, taking a closer look at what the recycled maps offer and how they benefit the game are equally as important to understanding the new portions.
Recycled Maps
First, the maps are integrated because they are successful, and have proven themselves as good maps for multiplayer. Whether this means that it rids itself of camping, or promotes group gameplay, they have been incorporated into the game for a good reason. Second, these maps reward players who actually own Modern Warfare. Although the game is free to play, players who have played the multiplayer for hours will have much more map knowledge than someone who has just joined. This also works as a good way to promote the game to these new players. Lastly, these recycled maps don’t play like old maps. Yes they are familiar, but they now have a vertical gameplay that was not there before. The battle royal genre highlights how different these maps play in different circumstances.
Different Terrain

Beyond these integrated maps, there are huge areas that are brand new to players. Each area boasting its own play style and benefits. The map is filled with wooded open areas, frozen rivers, mountains, and large open fields. Although these areas are mostly used as blank space between areas, the versatile gameplay in these areas makes it fun even in the most random of moments.

The buildings and other architecture do seem kind of bland, often offering the same building layout. However, there are plenty of unique areas that are massive, making it hard to discover every crevasse. In addition, the different areas in Warzone make the gamplay change almost constantly. The tight areas of Barakett Promenade (both West and East) are reminiscent of Battlefield’s multiplayer. Going from house to house, breaching and clearing, and often engaging in close quarters combat differs from the long range sniper battles that take place at the Airport or Quarry. Each area (and there is plenty), boasts a new way to play, and nowhere feels like ‘the best place to land’. To put simply: the new map is composed of a lot of good things.
Gameplay
The gameplay in Warzone is very different from most other battle royals. This can been seen through a difference in mechanics like the revive system and the currency system, However, the more tactical gameplay and base in vertical gameplay really shake it up as well.
Mechanics
The revive system in Warzone is very different from previous installments of the battle royal genre. Rather than just dying, or grabbing a fallen teammates ID, you can simply purchase their revival. In addition to this, there is the Gulag. The Gulag allows players a second chance to return to the battlefield as if they had just spawned. Once a player dies, the are then ‘sent to the Gulag,’ which the player enters a small enclosed area with another player, and fight to the death. In this 1v1 match, players are given a random loadout, and limited time to fight. Players outside of the gulag can also effect gameplay in the match, by either concussing players by throwing rocks or giving callouts (callouts are a more meta gameplay). After this second chance, the only way a player can be revived is by being purchased through another player.

This takes us to the other new mechanic that Warzone boasts: a currency system. In Warzone, while guns and ammo can be found throughout the map, so can money. This money can be taken to Buy Stations, where the player can purchase things to help them to victory. Such things include: armor packs, killstreaks, revives, and much more. Also, Contracts throughout the map can be found to increase currency quickly, however, they offer high reward only with high risk. It is this system that has changed the gameplay of Warzone so much.
How it Plays Out
Because of this new currency system, the focus on the game is changed from killing player for more money, rather than killing player for better loot. This is helped further by loot crates, which can be either purchased or randomly drop from the sky. This allows players to pick a custom class made outside of the battle royal for them to use. This includes attachments, weapons, perks, etc. This makes it so killing other players is only rewarded by progressing towards a win. So, rather than killing players for loot, you have a lot more gameplay based upon advantage/disadvantage. So, rather than putting the win at risk by pushing a player for better loot, it becomes more likely to push a player for better positioning in the score board.

Also, the gameplay is more vertical biased than other battle royals. Although it is always a good idea to have the high ground, Warzone makes the high ground a little too powerful. Players who position themselves in spots that can be obtained only through helicopters are almost guaranteed top of the leaderboard, since no player can get to them without a helicopter. Although this would normally not be a big deal, there are just so many spots where this is available. Making it so some players can’t be countered. Although there are killstreaks and rocket launchers to ‘deal with’ these players, these specific areas are often too protected. This may be a good thing or a bad, but regardless, it is frustrating to be on the receiving end.

Another frustrating piece of gameplay that seems to be unexplained is the time to kill. There have been so many encounters where I have fed someone so much lead, they turn around, shoot me once with the M4 (yes I am at full health and shields), and kill me. Although this is rare in all the combat that goes around, it does happen, and can be very frustrating. However, beyond this, the combat system is clean, and no weapons feel really overpowered.
Verdict
Warzone is a fun addition to the battle royal genre, and it changes it up enough to maintain new gameplay and strategies. Being able to craft classes made for the game and being able to use them make the narrative of a seemingly multiplayer only game more intense. The map is huge and unfamiliar, but it feels good and the landscape itself is interesting. Combat feels more intense, and gives a more ‘take them out or let them pass, your call’ kind of feel. The gulag mechanic allows players to feel good when they make it out, and quite bad when they don’t. So, Warzone is a great battle royal that gives more of a narrative with the fellow player than the typical battle royal, but it isn’t quite perfect.