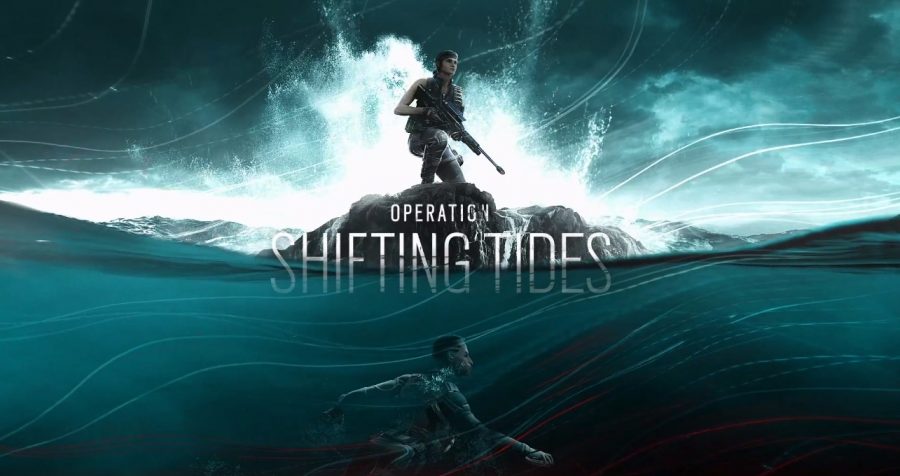 With Shifting Tides calming down and Ubisoft preparing to launch Operation: Void Edge, it is a good time to take a look for what Shifting Tides brought in. The main things that Shifting Tides brought in were Kali, Wamai, and the new Theme Park rework.
Kali
Kali is the newest, coolest sniper in the game. She is a 2 armor 2 speed attacker, and she packs a punch. Her powerful CRSX 300 can easily down enemies with one shot, and can have collateral damage. In addition to this powerhouse, she also packs a lot of utility with her LV Explosive Lance. So, where does Kali stand in comparison to the other attackers?
Utility
Kali has two forms of utility: Time to kill & her Lance. The first form of utility comes from her time to kill. With good aim, any body shot will either down an enemy or be lethal. This utility makes removing enemies quickly and efficiently. Even if Kali downs an enemy and can not get lethal, it puts the defenders in a tough situation. They can either try to resurrect their fallen player, putting them back to a measly 20 hp and putting themselves in danger. Or, just accept the fallen player as just that, collateral. Regardless, the rifle itself hold a lot of utility. However, her Lance also holds a lot of utility. Ubisoft gave Kali the Lance as a way to give players an option of Thatcher or Kali. Or, in a ranked setting, it give the possibility of using a hard breacher even when Thatcher is banned. Each is beneficial in its own way, while still completing the same tasks.

General Gameplay
Kali sees a lot of casual gameplay. To put simply: She is incredibly fun to play. For players who have a quick scoping background (CoD), she is as close as you can get to this kind of gameplay. So, this makes her an operator to flex with. In addition, her one shot downing capability provides high stakes in any combat scenario, making combat more fun in close quarters. A lot of players use her to hold long, lethal angles. So on maps that have long hallways or entrances, she has a lot of power. Maps like Kanal, Consulate, and Bank provide a lot of good angles for her to use. However, for more conservative players who don’t like to enter objective, she proves exceptionally lethal on maps that have good angles from outside. Maps like Kafe Dostoyevsky, Favela, and House a havens for Kali players. Despite this large amount of gameplay, it is rare to see Kali in Ranked games.
Ranked Gameplay
Although Kali is fun, she often sees little ranked gameplay. This can be mostly given that her weapon loadout is powerful, but is too situational. Maps like Bank and Kanal may be good for Kali players, but Kali is only really good for certain objectives. For example, if the objective is in basement, Kali is at a complete disadvantage, and will not be able to to much to contribute that round. This being said, she is intended to be a replacement for Thatcher, however, this is often not the case. In most cases where Thatcher gets banned, players will often opt for a different operator for anti-gadget play, like Twitch or IQ. Or players will just opt for a new strategy that doesn’t require a hard breach entirely. So, although she is powerful, her sniper won’t see much ranked gameplay due to its limited utility, and her lance is a sub par anti-gadget choice.
Wamai Wamai gained a lot of traction during the beginning of the season. This was because his ability is a little more complicated, and he is also the first defender to have an attackers rifle. He is a 2 armor 2 speed defender, and is intended to be used as an alternative choice to Jager. He can create Mag-NETs, which bring and reset incoming projectiles to the gadget, resting their timer, and then detonating.  Wamai, unlike Jager, has an unlimited amount of these gadgets, stocking up over time. However, despite this unique loadout, Wamai isn’t seen around a whole lot.
General Gameplay
The only real reason to use Wamai in a casual mode is to try and frag out. His powerful AUG allows for a lot of fragging potential, however, Jager is still the popular choice. This is mostly because Wamai’s gadget is more complicated than his counterpart. Only being able to protect the room from one projectile is very limiting, especially when the meta is to throw two or more at once. Also Jager’s 416C- Carbine is still a favorite among the player base, so there is little reason to really play Wamai.
Ranked Gameplay
Wamai, like Kali, sees very little ranked gameplay. Like said earlier, although he is an alternative choice to Jager, the majority of the player base still reside with Jager. Jager is easier to use, equally as powerful, and is a 3 speed. So, beyond having a slightly (marginally) more powerful primary weapon, Wamai doesn’t really offer that much in ranked. Even when Jager gets banned, often, squads will try to compensate by running a completely different strategy rather than use Wamai. So, because of his lackluster gadget, Wamai will remain unused in a ranked setting, for now.
Theme Park Rework
The new Theme Park rework is a good one. Although we lose a lot of space, and are missing some of our favorite rooms, the rework makes it less of a nightmare to attack. Since the map has essentially had the center of it taken out, getting from one end to another will no longer take up much time. Also, some of the rooms that had bad lighting were either taken out entirely, or had the lighting fixed, making the map more attacker friendly.

This rework changed a lot, like, A LOT. Most of the meta or flow of the previous map has been moved, and now there are a ton of possible strategies that are really effective for holding down objectives.  The map is no longer based off of run outs and sitting in a dark corner to make yourself invisible. Instead, there is a lot of rotations, and long angles are now obstructed. The only angels that are effective at holding are within a room. Holding angels in long hallways can get you easily flanked due to the large amounts of rotations. Although there are a few good places to do run outs, there is now little guarantee that you will get something out of it.

Overall, the new rework is good. It makes Theme Park a good map to play in a ranked and casual setting. Attacking is no longer a hassle, and defending is a little harder. The aesthetics of the map come together nicely, and it honestly feels like a new map. Although there are some strategies that have formulated and are popular, there are still a ton to be explored.
Conclusion
Shifting Tides gave a lot of fun, new operators and a good rework. However, that is about it. The new operators are fun to play, but offer very little in a ranked setting. Both Kali and Wamai fail in the end as an alternative to their utility counterparts. Theme park offers a lot, and is now one of the better and more balanced maps in the game. So Shifting Tides was a fun season, however, Ubisoft can do a little better. With Void Edge on the horizon and looking more promising every day, its fair to say that Ubisoft is aiming for higher next season.