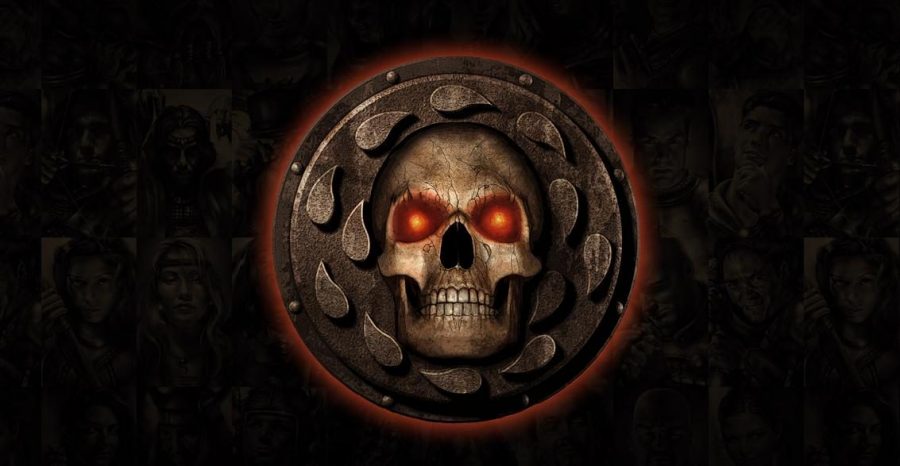 With rumors of Baldur’s Gate 3 coming to early access later this year, now is the perfect time to look back and remember the original Baldur’s Gate. Since its creation in 1998 by developer Bioware and publisher Interplay Entertainment, Baldur’s Gate has seen many developments over the years. With two major expansions, a sequel, and the release of the remastered “Enhanced Edition” in 2016, this franchise was a first for the Dungeon and Dragons video game scene. Fans consider it the spiritual foundation to all games utilizing Dungeons and Dragons as its base ruleset. Let’s dive in and look at both the Classic Game, and it’s Remastered Edition counterpart.

A Character Sheet for Everyone

Based on the  AD&D rules that were popular from 1977 to 1985. Players make their character in a traditional Dungeon and Dragons way. Every character has six statistics that effect in game stats. True to the games tabletop origin, you “roll the dice” and come up with these scores with higher scores allow for more positive modifiers, which leads to a variety of character builds and role-play options throughout the game. However, the dependence on Dungeons and Dragons second edition does force some minor character limitations. Races like dwarves, halflings, or elves are not allowed to play certain character classes. The game tries to balance these races by granting additional stat boosts for the classes they can play. A few new classes join the mix in the Enhanced Edition.

Once finished with character creation, you enter a brief tutorial section that teaches you the fundamentals and sets the tone for the rest of the game. Like most RPGs in this genre, you get experience and money for completing quests, combat, and dialogue. Players are rewarded with better equipment as characters level up throughout gameplay. Character progression in the game is dependent on your class: Spellcasters want to prioritize news spells, fighter types prioritize training with their weapons, and dashing scoundrels improve their charm and cunning. The leveling interface is easy to use in Classic while the Enhanced Edition expands selection by emphasizing character choice.

As you adventure, you’ll become familiar with the inventory mini-game. This dated mechanic causes the player to either play slowly, painstakingly gathering every ounce of loot or prioritize high value items such as gems, books, and magical items. Some players may become frustrated in the early game thanks to how the strength stat affects inventory carry weight. Playing a low strength character means you can’t carry as much as a character with a higher strength stat. Heavy armor and weapons can quickly become a significant burden. However, these problems can be supplemented by the next important gameplay element, finding friends and allies who will join you.

Allies and Enemies Abound
While you can beat the game alone, most players will find allies to travel alongside them. As party leader, your new companions will let you manage their loot and influence their character development. Every companion in Baldur’s Gate has a unique personality and goal, but most importantly, they have a view of the world that may or may not align with your own. Certain friends will find naivete in your noble heart or be shocked by cruel intentions; some might even not travel with you based on your reputation. The enhanced edition takes this system and adds four new characters with their reactions to dialogue. These refreshing moments were missing in all but the most critical moments of the Classic version.

Combat is an essential part of the gameplay and staying true to its pen and paper roots, and there is no shortage of villains to dispatch in Baldur’s Gate. Players will face an entire region full of skeletons, hobgoblins, bandits, and monsters. Combat is smooth and entertaining, with few downsides to the way it works. This notable exception being spell progression. The early game can be overwhelming for spellcasting classes. However, once you get through the grind, late-game magic quickly turns the tide of battle. The game is optimized for group combat and relies heavily upon micromanagement and the pause function, which helps players think tactfully and develop strategies around timing, and character combat roles. The enhanced edition optimizes these systems through the use of an advanced AI to nonplayer characters.

Rouges take down powerful enemies quickly decimating them with ranged combat or precision attacks. Fighters are best in melee, cleaving a path to victory and providing cover for squishy allies. Spellcasters either support their allies or destroy enemies with the flick of a wrist. Understanding character roll and optimizing your skills is extremely rewarding. It is in combat where all the points you spent in leveling your character pay off. The game progression does a fantastic job of balancing challenges on all difficulty settings. Looting the corpses of your enemies, you genuinely feel like the avatar of the God of Murder wading through your enemies.

A World of Beauty and Danger

Whether you play Enhanced or Classic, the beautiful settings display a world of wonder. Players view the world through an axonometric camera, looking down upon their group from the sky and taking in the breathtaking views. The new maps and dungeons added by the enhanced edition showcase the Infinity Engine’s full potential. Where the environment is gorgeous, the sprites and animations are a bit dated, which is especially true for the classic game’s sparse cut-scenes. The enhanced edition replaced these for beautiful animated artwork and is a huge but welcome change.

The best part of the game’s immersive elements is the music. Michael Hoenig wrote the original tracks and the Enhanced game brought in the talents of Sam Hulick. These composers do an excellent job. You will find that the music is an intrinsic part of the game. It becomes quiet and tense during a mysterious dungeon crawl or sweeping and grandiose as you explore the wide outdoors.

Mysteries Made in Blood
Set in the expansive Forgotten Realms universe, your character is Gorion’s Ward, the foster child of a powerful wizard, thrust into the events of a crisis that spans the Sword Coast. Throughout your journey, you are presented with choices; some good, some evil, and a lot in between. As you grow in power, your mysterious heritage and the strange connection you have with the hulking armored antagonist becomes clear. You learn of the Naskel mine, and it’s peculiar iron “plague” that has spread to the gates of Baldur’s Gate itself. The intrigue and grind of daily life will either consume you or forge you into a hero.

This is your story. Do you help save the land and people from this crisis, or do you use it to serve your own interests? Baldur’s Gate explores human nature and the implications of choice. Are our actions controlled by blood or fate? This is the central conflict. It is up to you to find your own answer, surrounded by memorable characters like your old friend, Imoen,  the mighty yet dim-witted warrior, Minsc,  the seasoned couple, Jaheira and Khalid, the dolting bard, Garrick, the whiny necromancer, Xar, and so many more… The Enhanced Edition makes all of these characters more compelling while adding a few new stories and characters of its own.

Thanks to a multitude of character choices, it’s easy to make many characters and jump back into the story again and again. Playing a Lawful Good Paladin feels different from playing a Chaotic Evil Mage. The early game can be slow, with its basic system of arriving in an unexplored area, facing any monster within and moving on. However, the fun doesn’t stop as you adventure through high-level dungeons. Players should consider looking into each expansion, Classic’s Tales of the Sword Coast expansion released in 1999, or the Enhanced Edition’s Seige of Dragonspear expansion released in 2016. Baldur’s Gate is a classic fun-filled RPG with entertaining combat and unique characters. The game is excellent, an absolute must-play for any RPG fan. For those who are looking for a classic story or wanting to explore an immersive fantasy world, Baldur’s Gate is the game for you. Have fun adventuring, and don’t forget, “You must gather your party before venturing forth…”