How Titanfall 2 Makes You Feel Badass 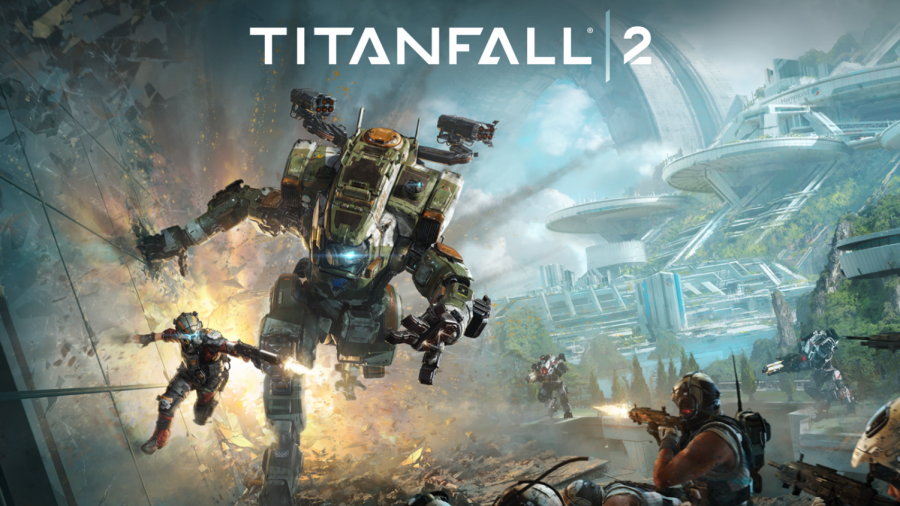 Let’s talk about Titanfall 2. Released in November of 2016 by Respawn Entertainment, the game has fluid movement, great gunplay, and a stellar single-player campaign. The game did not sell well (due to a poor release window), but it managed to cultivate a small, diehard fan base that still plays it to this day. Along with that, Respawn provided small updates and patches for the multiplayer for two years, adding new guns, game modes, maps, and even Titans to the game. They’ve continued to work on titles such as Apex Legends and Star Wars: Jedi Fallen Order. Both were huge hits, and Respawn has moved to greener pastures. They still keep game lobbies alive but no longer support any new content for the Titanfall 2 community.

Yet when you go online now, servers are still populated and veterans still hop online to play a few matches. But why? Apex Legends, although not a direct sequel, is canonically set within the Titanfall universe and honors the legacy of the previous titles. Other newer FPSs such as Valorant are trending too. So why not move on? Why continue to play a game that is steadily losing more and more players every day?

It’s because Titanfall 2 makes you a badass. Although Apex is a blast to play, and Valorant seems promising, both lack the speed and depth of gunplay Titanfall provides. Movement in this game allows players to go from one side of the map to the other in seconds. The scale of warfare one experiences from being in a battle, piloting a huge mechanical Titan, is astonishing. The campaign is so well crafted that it blows the minds of many who play it, combining all of the mechanics of Titanfall’s engine into one great story.

Okay, so since you have a basic idea of what I’m talking about, let me get into further detail as to how Titanfall 2 “Makes You Badass.”

Every shooter needs guns. Sure, some can have swords, chainsaws, and shoulder-mounted flamethrowers, or even weird arm attached aliens that shoot spit at their foes, but every first-person shooter needs guns. And in Titanfall 2, you have quite an arsenal, 28 weapons specifically, to choose from. You have your standard assault rifles, submachine guns, shotguns, etc. but each one is unique and interesting. The R-201 Assault Rifle and CAR SMG are reliable workhorses, with standard, medium rates of fire and controllable recoil. These weapons are perfect for newcomers, but they still have a certain power and punch in every shot to make them feel awesome to use.

The real interesting stuff comes in the other weapons. Have you ever wondered what it would be like to shoot a gun with horizontal recoil, instead of vertical? Try the Flatline. What about a sniper rifle that shoots two bullets at once, in case you miss the first one? The Double Take is your go to. Or maybe a bolt action sniper rifle with bullets that one shot kill no matter what part of the person you hit? The Kraber is calling. the developers at Respawn chose to think outside of the box when balancing and making their weapons. They put the strangest ideas into their arsenal, which players can pick and choose to have a truly different experience. Each one drastically changes the experience, and thanks to the exceptional sound design and reload animations, the guns feel realistic, weighty, and satisfying to use.

Titanfall 2 also has some of the fastest, most dynamic movement possible in an FPS. Players, as pilots, move extremely quickly with the abilities to both double jump and slide. By chaining these movements together, momentum is eventually built up and can allow people to zoom around the map in the blink of an eye. Although it looks easy, advanced techniques, such as using exploding grenades to go even faster, raise the skill ceiling to make it’s potential astronomical. Looking at something like a Summer Games Done Quick speedrun (I’ll just leave a link here since it’s a 2-hour stream) or the fastest run through the game’s training course shows the absolute limits of this engine’s movement system.

Part 2: Titans & The Scale of Warfare

But playing as a pilot isn’t the only notable aspect of the game. In fact, it only makes up half of the general play experience, as the other half is spent inside a mechanized Titan. Lumbering beasts of the battlefield, each of the different Titans is meant to represent new and interesting modes of gameplay. They can easily pummel and crush other units beneath their weight, and carry massive weapons that help define their playstyle. Scorches have gigantic Flamers that shoot fireballs at their opposition. Ronins carry samurai swords to help them get up close and personal. Titans have a chunky size to them and the power to back them up. They easily change the tide of battle, and the game does what it can to let you feel this: AI grunts cower whenever they see an enemy Titan, shooting harmless bullets at you as you squash them underneath your feet. Pilots rarely ever survive a direct shot from any of the Titan weapons, and explode into a fine mist when you get a direct hit. Finally, Titan on Titan fights are epic, as both sides have to maneuver around buildings, even entire cities, to get in a final blow.

The absolute carnage and devastation that can be seen in a single battle is baffling. In a multiplayer mode like Attrition, you are reminded constantly that this is an intergalactic war. The map becomes chaotic, as you do what you can to earn points against both AI grunts and player-controlled pilots, all kills netting you points as the game always encourages you to do your best. No matter what faction you for in the multiplayer, you always drop down into the fight from a dropship, your commander cheering you on as you do. Throughout the match, you are always given words of encouragement and praise as things progress. Friendly allies sigh in relief as you run by them and reinforcements always spawn in at a timely notice to keep things engaging. This same sentiment of action and battle is then brought into the singleplayer.


Part 3: A Campaign Worth Remembering
To meld both of the previous parts into one, the campaign is the perfect combination of both the Pilot and the Titan experience. Playing as Rifleman Jack Cooper, you start off the game by experiencing what it’s like to be a ground soldier in the war between the Interstellar Manufacturing Corporation, a group of evil terraforming businessman, and the Militia, a group of freedom fighters you help in order to keep the new colonies free. You are eventually promoted to a Pilot and given command over BT-7274, BT for short. This vast change in power and mobility helps the player think that they are getting better along with the protagonist. The game focuses on the connection that develops between a pilot and their Titan, and how BT and Jack need each other in order to achieve their full potential.

You constantly switch between playing as Jack and BT as you progress through levels, fighting both the IMC and the Apex Predators, the main big bads of the game. The campaign takes a sort of 80s action movie aesthetic throughout its 6-hour playtime. You mow down waves upon waves of enemies, becoming a one man army and justifying why Pilots are so revered in the Titanfall universe. The tone isn’t serious whatsoever, putting player fun over the narrative, which allowed the level designers to go wild with campaign missions. If you were to get anything out of this reading, play the campaign purely for the level “Effect and Cause” to understand why so many applaud this game’s single-player experience. To discuss it a bit, the level uses time travel to change how the player is forced to fight as they have the ability to travel between two different time periods. It is my favorite level in any FPS in terms of design. And, especially considering that this is Respawn’s first real attempt at a campaign story, any fan of FPSs should see it to understand the absolute potential the genre.

Conclusion
Titanfall 2 will hopefully remain a relevant and interesting title for people to forever be inspired by, whether it be the gameplay, the scale, or just the campaign. For anyone who likes FPSs, this one is truly worth checking out.