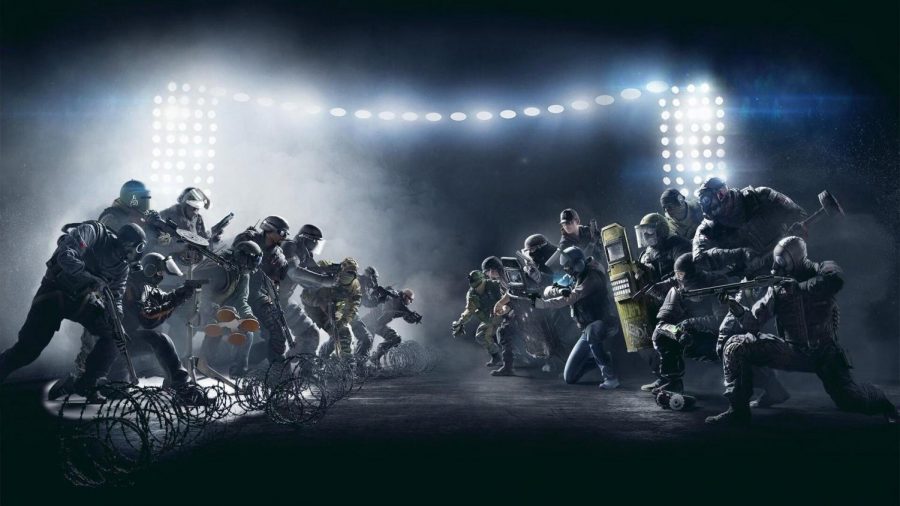 Rainbow Six: Siege is one of the best competitive multiplayer FPSs I have ever played. It provides a thrill like no other. Matches are tense back and forth struggles between two teams, with Defenders tasked to protect the objective as best as possible as Attackers breach and fight their way in.

Although not always necessary, teamwork and coordination greatly increase the chance that a team will come out on top. Unique operators affect the game in dynamic ways, with new team compositions encouraging creativity every round. The ability for either team to remodel the map with the innovative destruction system makes it, so each bullet, reinforcement, and explosive used is guaranteed to be impactful in one way or another. And when you properly coordinate a push or manage to give the game-winning callout, the euphoria that flows into your veins makes the minutes of tension beforehand all seem worth it.

And it is for all these reasons that I cannot, with a clear conscience, recommend Siege to anyone interested in playing it. The game is too unforgiving for people new to its gameplay. Mechanics like one-shot headshots at any range punish poor placement and inferior aim. And with maps designed to allow Defenders to spawn peek (the act of killing someone within the first few seconds of a round before they even have a chance to really play), matches can be complete blowouts from the get go, whether it be in ranked or casual. Other mechanics, such as always-on friendly fire, when combined with a rather toxic community, make Siege this cesspool of negativity. It is a flawed title that is not only confusing for new players but also preys on them for more cash with multiple versions on sale, season passes, battle passes, limited-time cosmetics, and loot boxes.

Barrier #1: Paying the Price
Since its initial release in 2015, Rainbow Six: Siege has been designed to be draining. Whether it be from your wallet or from your free time, Siege has an unlocking system that requires you to invest a lot in order to get past simple requirements for proper play. Siege is a hero shooter, meaning that each operator you pick has unique abilities that cater to new forms of gameplay. But because there are multiple rounds in a match, players can pick new characters in the following rounds to adjust for initial strategies and counter what was done last round. And it’s hard to best choose who to play when a vast majority of the characters are locked behind multiple paywalls.

Originally when Siege first released, the game had twenty operators, ten on attack, ten on defense. However, after five years of post-development updates, the game has around 57 operators in total. Now for a player to obtain these new ops, they must either purchase them with Renown, get them with R6 credits, or buy an edition with multiple other operators included.

Renown, the cheapest option on it is the F2P currency that is rewarded each completed match, also takes the longest amount of time to unlock stuff. Players gain an average of 200-300 Renown per match played. If a player with the Standard edition of Siege wishes to buy a new operator not included in the base game, they cost at least 10,000 renown (newer operators increase in price in increments of 5,000, to a max of 25,000). With matches taking on average 10-20 minutes to complete (at least in casual mode), players need to grind for at least 6-8 hours before a new character can be earned. And considering I have over 400 hours in the game, and I still haven’t unlocked every character, this is an insane amount of time being asked of players.

R6 credits are Siege’s premium currency, bought with real money to avoid the grind for new content. Problems arise when new characters are purposefully priced in confusing ways to make players question exactly what they are getting. You begin asking yourself, “How many 480 credit operators can I buy with 4200 credits? Will I have enough left over to buy a 600 credit op if I get so-and-so?” The confusing prices make it more difficult for players to calculate how much R6 credit they have left. If they happen to have any extra remaining, the only way to spend it all is to purchase more R6 credit, so you feel obligated to get every penny’s worth.

Finally, the multiple different editions available to play Siege encourage players to drop more cash now or risk grinding in the future. The different editions available all ask the player different questions about what is included, which gets terminated if the player merely buys the most expensive option. And none of these options even address the biggest issue with this monetization tactic, that being that the player has no in-game resource to let them know if an operator they are buying is fun to play. Without a proper training mode or trial period, players have to guess whether or not the character they either ground for or spent cold hard cash to get was worth the effort.

The tutorials in Siege suck. The games beginning levels, called Situations, teach the basic concepts of what helps make Siege unique. You learn about the learning system, the drone phase, reinforcing walls, gadgets, etc. But each one is rather subpar or just flat out bad. Each mission takes place on one of the original maps, but some missions teach the wrong map layout due to time and reworks. Less than half of the Year 1 cast is shown, with missions switching between Attack and offense consistently to further confuse and disorient. Not to mention, the last possible situation, Article 11, is played on a banned map and has no one (at least on PC) playing it. Requiring an entire team to begin, such a small amount of people play the mode that you can’t even begin it anymore.

What about newcomer mode then? Available to play from the getgo and meant for people level 50 and below, Newcomer gives players more time to set up per round and is played on a smaller pool of maps. Surely this is the place for new players to learn the ropes? Well, no. In this mode, the queue times take forever and are filled with smurfs, experienced players playing on alternate accounts to fight lower-skilled opponents. Spawn Peeking is a common occurrence because of smurfs, and there’s little a newb can do due to not knowing the map as well as veterans do. This game mode becomes an early pitfall, with many people soon realizing that only casual and ranked are the real game modes for Siege.

Barrier #3: The Actual Gameplay
Siege is a complicated beast, through and through. Many deaths can feel fast and cheap due to 1-shot headshot mechanics. Team comps do not require specific roles to be filled or even offer suggestions, leading to improper comps. Maps feel maze-like at points, and the game’s increased emphasis on holding angles can lead to boring gameplay instead of tense firefights. Proper loadouts and attachments require external guides as to what is most optimal. The game can flat out be confusing, with each weapon having unique properties and every new operator and map changing how things function.

Combined with a terrible training mode, Siege takes every opportunity to make its players not enjoy the game.

Despite all of this, I still love the game, Because the moment it all clicks when you and your teammates manage to communicate properly, and the round goes exactly as planned, or you manage to clutch a victory from the grasp of defeat, makes it all worth it. These moments naturally happen more often as you play, but for a complete newcomer, I doubt they’ll ever truly feel this way until their overall playtime hits multiple days, to say the least. And with all the other FPSs vying for attention nowadays, I don’t think Ubisoft can really afford to make such an initially poor impression. So if anything is to be learned from this article, it is to allow for accessibility as soon as possible, lest you scare newbies until they refuse to play, and you are left with a steadily dwindling player base due to a lack of real growth.

And after reading all this, if you really want to try Siege, despite how harsh it is for the inexperienced, despite all of my gripes with its design, I have a few recommendations for you. I would recommend watching YouTubers such as Gregor and Varsity Gaming for information, checking the Siege website for information about all the operators, and visiting subreddits such as r/SiegeAcademy to join a community devoted to teaching people about the game. I wish you the best of luck and hope you can push through the challenge to learn why I have come to love this game so much.