XCOM 2 Is Bullshit, and I Love It

Aliens, Guns, and The Consequences of Your Horribly Misguided Actions. What More Could You Ask For? 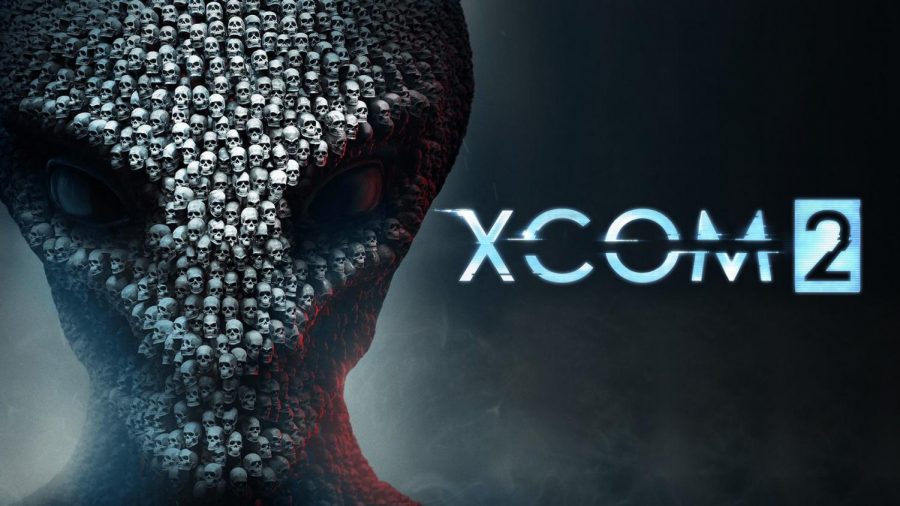 Jokes about XCOM are always the same. You have a squad member, weapon in hand, staring down an alien sectoid through the lens of his scope. Around them is nothing but the burning remnants of a suburban household only 1 HP away from being dead, your operative with a 95% chance to hit. You order him to take the shot, relieved that this enemy is finally neutralized, that you’re that much closer to winning. Time freezes, and then, your soldier magically jerks his aim towards the wall, missing entirely. And as the rage fills your veins, the alien proceeds to mind control your trooper, changing the tide of battle. You are forced to breathe in and simply remember the mantra, that’s just XCOM baby.

XCOM 2 is a futuristic sci-fi strategy game by Firaxis Software and released in 2016. The hit sequel to the first rebooted title, XCOM 2 takes place in the aftermath of the first game. When it was first revealed back in 2015, XCOM 2 took a different approach to being a sequel. In the 2012 title XCOM, the story revolved around you. Known simply as the Commander, you are tasked with protecting the world from the invading alien forces wreaking havoc in cities around the globe. If finished successfully, you manage to drive off the invading forces and the world remains independent, the people of Earth praising you as one of the most important military geniuses known to man.

XCOM 2 says that all of that never happened. In this universe, XCOM fails within the first few months of its inception due to the alien forces being far too powerful. The resistance is disbanded and every country unanimously chooses to join their empire. Statistically, it makes sense why Firaxis took this approach, as, for a vast majority of the player base, they failed in stopping the invasion and never chose to try again. These players never beat the game, never made it to the last mission, never got the satisfaction of saving the world. I was one such player.

And that is why I am here today, writing about my experience with XCOM 2. Over the past few weeks, I have been hooked by the gameplay and story, my initial reason to start because I could relate so well to its opening. To me, it is everything a good sequel should be. With each twist and turn, this game gave me thrills I hadn’t felt since playing the original. I grew attached to my squad, listened intently to each cutscene, and took on the role of The Commander once again for many grueling (in-game) months to eventually succeed where I had previously failed. And when I did it, when I won, the game truly, absolutely, broke me. Although I had a blast with it, although I will sing its praises to high heaven, XCOM 2 is bullshit. And I will forever love it because of that.
Picking Up Where We Left Off

XCOM 2 begins with a bang. Literally. 20 years after the fall of the original XCOM project, the aliens have managed to make peace with humans. With the aliens taking over, humans live under a global government known as The Advent. And things are good. Human civilization is prospering, with the aliens creating gene clinics to quickly and effectively provide universal healthcare for everyone. Yet, it is in one of these healthcare facilities that XCOM comes back. Causing a terrorist attack in the middle of one of their grand openings, the last dying remnants of XCOM manage to save you, the Commander, from stasis. With you brought back, the XCOM resistance is back in order.

It is your job to liberate the planet you once protected, and to rip Earth out of the clutches of the Advent network once and for all.

With the plot centered around taking back the world, the story feels more like an underdog tale than anything else. You are fighting against a force that is MUCH stronger than yours, which only serves to escalate the tension that comes from the gameplay.

The best part of this game is the combat. XCOM 2 requires you to fight against the Advent in missions, with a squadron of up to 6 soldiers that you lead to help accomplish each objective and take care of any hostiles in the area. At first, the rookies you take are nothing more than fleshy cannon fodder. The first few soldiers you deploy with are never necessarily important, and that’s due to them not having proven themselves on the battlefield, yet.

If you are successful in your missions, eventually these same squad members get promoted for their efforts. They are classified into one of four different classes and become stronger each time they rank up. Some become long-range snipers, others get drones that provide buffs during the fight. Or soldiers can become sword-wielding rangers and even learn to blow up entire chunks of the map as grenadiers. This is the beginning of each soldier becoming unique, and over time, their stories begin overshadowing the actual plot. They became one of the main pillars of fun for me in XCOM 2. Managing my squad and creating war stories for them in my head encouraged me to keep going, to keep them alive and watch them grow. Steadily, I focused less on the main plot, and more on what was happening to my soldiers, their life-threatening situations, and their greatest victories.

Take, for example, one of my rangers that earned the nickname “Blitz.” She was a ranger, and an absolute menace of the battlefield, charging in headfirst with a sword in hand and slashing aliens left and right. She became the leader of my team, always the first to fight and going in with gusto. So I naturally thought of her as brash, cocky, and arrogant. Eventually, another ranger was brought along to each mission with Blitz, a faceless recruit. But in each mission that she was paired up with Blitz, both of them managed to cover one another’s back. They were unstoppable together. When I got the chance, I nicknamed the new ranger Krieg (clever right? … Blitz and Krieg… Blitzkri- ah forget it). In my head, the two of them were close both on and off the field, spending their days in the resistance happy together. This is why, in the final mission of the game, when Kreig was killed from an explosive, I made Blitz fully aggressive, wishing for nothing more than her enemies to perish for killing the one she loved. In reality, I probably just ordered Kreig into a bad position, the equivalent of a chess player moving their pawn right in front of an enemy Rook, but it was more fun to imagine the squad members making these decisions, rather than me calling myself out on my own terrible decisions. And what hurt most was knowing she would never come back.

In XCOM 2, soldier deaths are permanent. Losing a squad member means that they are truly dead. Any sort of equipment you gave them, abilities earned, even attachments on their weapons, are gone if they die. It also means that you need to bring in a new squad member to the next few missions, and they probably aren’t even half as talented as the veteran soldier you just lost. And that failure can always, always, lead to failing even more because…

The Snowball Effect
When I started winning in XCOM, it always felt like I was on the razor’s edge of falling back down into failure. With every step forward, the tension only rises, every action possibly leading to a new mistake, every inaction spelling out your doom. But when you finally manage to make the right moves, whether or not you happened to fail along the way doesn’t matter, because the victory is exhilarating.

But when you start losing, everything just starts tumbling down, like a line of dominoes. Fail to kill an enemy? They have a chance of killing the squad member you just exposed out of cover. If that soldier is lost, your other members have a chance of panicking, as you lose control of their actions and they misposition themselves to get killed. Failure is always a likelihood in XCOM, and it’s more than likely that you will fail the first few missions, or hell even campaigns, you start off in.

But that’s where the rush comes from, For me, I wanted to succeed to prove that I could. XCOM 2 absorbed my life because I wanted to prove to myself that I could get to the end and liberate humans from Advent control. And eventually, I did, but not without the most broken mechanic in the game.

XCOM 2 has a major flaw, and that is its load system. That’s because of how the game is designed, being a turn-based game heavily centered around RNG and a lack of information. Every time you begin a mission in XCOM 2, you never really know what it is exactly you are dealing with. Whenever a squad member moves too far, enemy patrols can be discovered, and soon, you realize that you had no idea 4 or so enemies were on your flank and are now in the prime position to kill one of your troops. Bad calls can lead to the all too easy option of just pausing the game and starting the mission over again. The same thing goes with RNG. When your 87% chance to hit misses, you instantly want to restart because things didn’t go exactly as planned. Or when an alien manages to kill a sniper with a crit from halfway across the map, you know you want to quit then and there and never to touch the game again. But the load game feature saved me from all of this. Soon enough, I became unstoppable. I started to inevitably win more, upgrade my base more often, and guarantee that no one was lost. Things always went my way.  I soon conquered more than enough of Advent to beat the final level with relative ease. But it all just became boring. Without proper punishment, I was never at risk of anything. The edge was gone. I knew the solution was to play Ironman mode, making it so that I could only have one save file and decisions, once made, are final, but the bugs and glitches I encountered with my first playthrough worried me. I know I will eventually encounter them and realize I lost due to a factor completely out of my control, so I never chose to touch it.
So What Now?
But, eventually, I will come back and try to tackle Ironman mode. Because I love XCOM 2.  It made me want to build my own world of characters and write stories about their missions and what happened in each of them. And someday, when classes are over and I can afford to slack off again, I plan to play it again with both Ironman on and the DLC added. Because XCOM 2, despite all of the bullshit, left me wanting for so much more.