The Combat of Marvel’s Spider-Man 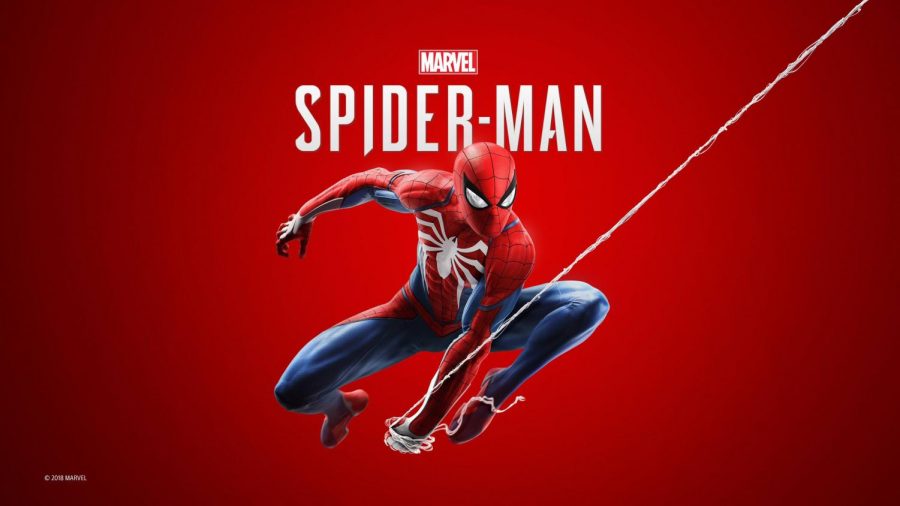 Now that Marvel’s Spider-Man has been remastered along with the arrival of Spider-Man: Miles Morales, it’s important to look back on what made the original game so great. Marvel’s Spider-Man was met with critical acclaim after its release in September of 2018. A recurring point of praise came from its fluid combat system that made it stand out among other games. The combat, skill trees, and multiple gadgets are the main components of what makes the game so great.
Combat
As Spider-man, you utilize both ground and air combat moves. Basic combat has you acrobatically kick enemies to build damaging combos. The inclusion of web combat improves combat by creating a new way to approach battles. Web combat gives access to distance attacks and air combat. The long web attacks allow you to grab enemies from far away, pulling yourself towards them or spinning them in the air. Quick-fire web shots allow you to disarm enemies for a short amount of time. It’s a fun combat mechanic that helps you glue foes up against solid surfaces. In times of trouble, perfect dodges and your massive arsenal of attacks are great to one-up the competition.

Focus is a gauge that automatically fills up during combat via melee and dodging. This gauge can be upgraded to have three marks, which increases Spider-Man’s attack as they build up. You can choose to use up individual marks to heal yourself, or you can use a Finisher with the max amount you have. A Finisher instantly takes out an enemy with a combo button press. It’s great against difficult enemies. These different options allow you to strategize when in a tough encounter. Do you benefit more from taking out one to two enemies or a couple of health increases? It’s a fun mechanic that tests your survivability tactics.

One of the most helpful additions to Spider-Man is the different suits that grant special powers. These use up a slot of focus to activate them for a short time. They are very helpful in getting out of a sticky situation or turning the tides of a battle. After unlocking a suit, its special power can be customized to any suit you already own. You don’t have to worry about changing into a suit you don’t like.
Skills
Spider-Man’s skill trees are a great way to spice up your combat. The three branches, Innovator, Defender, and Webslinger, provide new and improved abilities. These start with unlocking one skill and lead to three different branches. Unlike other games, Marvel’s Spider-Man encourages the completion of all of the skill trees if you’re going to survive the difficulty curve. You must spend your points wisely on different tree abilities, focus on one tree, or try to complete all of them simultaneously. This variation of play styles provides a lot of replayability.

Innovator is focused on stealth and web throwing. With stealth, you can increase the range of your takedowns, which are instant take-out moves when the enemy doesn’t see you. This is really helpful during missions that have a lot of enemies gathered in one area. In the Innovator tree, your focus is to immobilize as many enemies as they can without actively starting a battle. However, this provides its own challenge as characters move around and stick close to each other.

Web throwing allows you to grab and spin objects in a way that stuns and damages enemies. It’s a great function if you feel overwhelmed. As you level up this skill tree branch, you’ll be able to web throw enemies, weapons, and even redirect rockets. It provides an extra challenge as you must be aware of the situation to perfectly time your web throwing. Some enemies are really easy to immobilize, while some take a bit of time. The key is to focus on one enemy at a time.

Defender is focused on self-preservation. You can improve your dodge by slowing down time, thus giving you a longer reaction period when you really need it. This comes in handy when your health is low. A well-timed dodge can change the course of battles in your favor. If you have the right ability, you can hit back at those enemies for an instant takedown. If you’re more of an attacker, this branch allows opportunities to build focus faster by landing defensive moves. It gives you an incentive to play a little defensively to be more active. The Defender tree also has an extra Finisher that can be unlocked, providing you an extra way to clear enemies faster.

Webslinger is focused on air combat. It provides easier ways to get into the air and traverse the large map. The launching boost these skills provide is excellent for quick maneuvering. It even provides an aesthetically fun control where Spider-Man can perform tricks when falling from high places. Combat-wise, this skill tree gives you the ability to launch enemies into the air during battle. This is handy for combos and stuns. You can also engage in battles faster by pulling yourself towards enemies from farther ranges. It’s always fun to get the jump on enemies from far away.


Gadgets
In Spider-Man, you unlock eight different gadgets throughout the game: Web-Shooters, Impact Webs, Spider-Drones, Electric Webs, Web Bombs, Trip Mines, Concussive Blasts, and Suspension Matrixes. These extra mechanics help add variation to your gameplay. You can set traps, get help from a small companion, stick enemies to walls, or blow enemies away. It’s a nice break from button mashing. Gadgets can be upgraded using different types of tokens you get from completing combat spot mini-games. This provides a lot of replayability as you have to play through many challenge spots, perform rescue missions, and clear out enemy dens to collect the specific token you need. You may want to focus on fully upgrading certain gadgets or go all out by maxing all of them.
Conclusion
Marvel’s Spider-Man really shines with its smooth combat execution, which is a big factor in making the game so great. The addition of focus that can be built up or used right away makes gameplay more strategic. Also, there are many essential upgrades that customize your experience. Gadgets provide small that increase your experimentation during fights. For a critically acclaimed game, Marvel’s Spider-Man’s success can be connected to its combat system.
Delete Image
Align Left
Align Center
Align Right
Align Left
Align Center
Delete Heading