Bioshock Infinite And Its Confusing Ending

*Spoiler Warning* This article focuses on the ending of Bioshock Infinite. Read at your own risk. 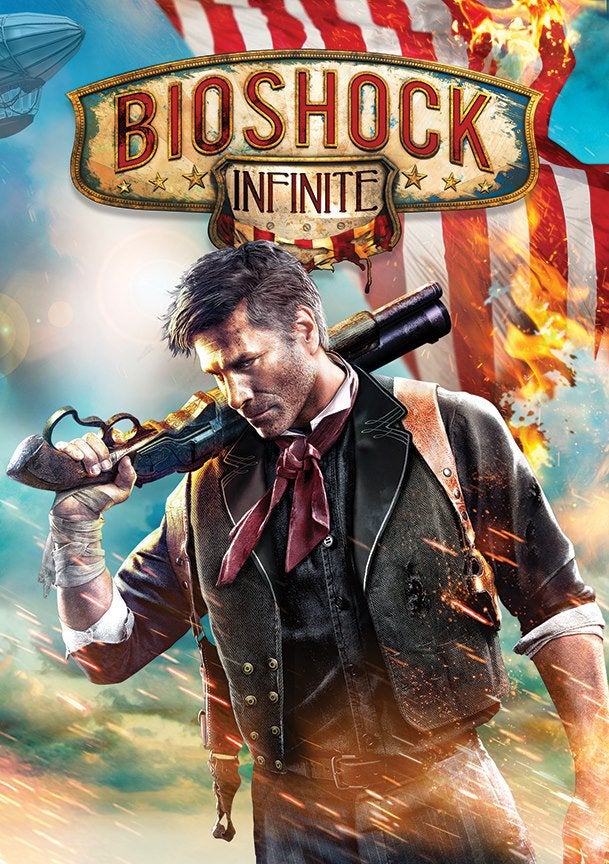 When I first played Irrational Games’ Bioshock Infinite, the story combined with its beautiful atmosphere astonished me. The immersive gameplay was amazing. In the game, you play as Booker Dewitt, a disgraced private investigator arriving on the Columbia. His goal is to rescue a woman named Elizabeth from her imprisonment by Zachary Hale Comstock. As you try to get Elizabeth out of Columbia, you uncover the dark secrets hidden in the city. Comstock has created a religion with himself at the center, calling himself the Prophet, in order to justify his terrible actions. This goal has turned him into a ruthless dictator.

Unfortunately, I wasn’t prepared for how confusingly bad the ending turned out to be. I’ll try to summarize it the best I can. The game introduces an infinite number of alternate realities that Booker is exposed to. Elizabeth goes on to explain that Booker and Comstock are the same person, each of them living in different realities. He was brought to Comstock’s reality by Robert and Roselind Lutece, who were betrayed by Comstock, to defeat him.

This is where it gets really confusing if you weren’t confused already. You see, Booker fought in the Battle of the Wounded Knee, a real-life battle where Native Americans were massacred. Booker, feeling guilt about his role in the massacre, is given the option to wash away his sins through baptism afterward. Acceptance creates Comstock while rejection left Booker as he is. Even though Booker kills Comstock, Elizabeth’s goal is to erase Comstock from ALL realities. For this to happen, Booker needs to go back to the baptism choice and drown. This, according to the game, destroyed every alternate reality with Comstock in it, leaving Booker as the only version, since he was never baptized.

Now that you get the gist of Bioshock Infinite’s ending, allow me to point out the single variable that made this explanation so confusing.

The problem with the ending relies solely on one of the game’s main themes, quantum mechanics. In reality, humans don’t understand this branch of science, even scientists trained in the field don’t understand it. Think of every plot hole that is created whenever films, TV series, etc. dive into time travel, another aspect of quantum mechanics. They become more and more convoluted the more you try to reason with them. That’s why Irrational Games’ decision to dive into quantum mechanics for their twist ending was doomed from the start.

Why is this important? Because Booker drowning at the end, the big finale where alternate realities of Elizabeth and Columbia citizens would no longer be oppressed or oppressive, wouldn’t stop Comstock from existing. There would already be various versions of Booker/Comstock way before the baptism. No one can convince me that he wasn’t presented with any choices until the dividing point. Even mundane choices of choosing what to eat for dinner would create alternate realities. Booker’s death may erase a few versions of Comstock, but not all of them. Remember, the game claims that the Booker versions still exist after this death. What stops those Bookers from creating new versions of Comstocks? The answer is nothing.

You’re probably wondering how there can be a more concise, understandable, ending made up of all this madness. There’s value in emphasizing the game’s other main theme, religion, which Irrational Games spent the entire game focused on.

Religion would’ve wrapped the ending up much finer without drawing attention to the weirdness of quantum mechanics. This ending could’ve been about sacrifice for the hope of a better future. It would’ve been a great idea to have the Comstock we encounter as one version of Booker instead of a representation of all versions after the baptism. Since he is desperately trying to wash away his sins, the drowning at the end could be Booker doing one last good thing, thus erasing the villain we’ve encountered.

My ending is a lot easier to understand because I stick to what is mentioned throughout the game. It’s not something ham-fisted to seem meaningful. I don’t focus on anything outside of the game’s Booker and Comstock because it’s not important to mention them. All that matters is that the Comstock we encounter is gone for good. I wish that Irrational Games understood that.

Conclusion
Irrational Games really did Bioshock Infinite dirty by focusing on quantum mechanics at the end. It really threw players into a loop as they tried to understand something that can’t be. The game formed so many plot holes in its final moments that it had to rewrite the theme the game focused on to get even close to an explanation. Emphasizing religion instead of quantum mechanics like it had been doing would’ve brought out a much better end, especially because we, as the players, lived through it. We know the stakes and have made companions. Bioshock Infinite’s ending can’t be changed, but Irrational Games now has an idea of what not to do when creating endings.