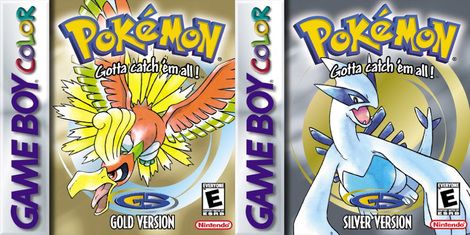 The Pokémon series, developed by Game Freak, has existed since its creation in 1998 with Pokémon Red and Blue (and Green, Japan-exclusive). Since then, there have been nine generations of games, 35 core series games (including remasters), and many spin-offs. Game Freak has done a lot over the years, however, there hasn’t been a better series of games than generation 2 with Pokémon Gold, Silver, and Crystal. These games and their remakes provided the most amount of memorable content and developed the most amount of key features that have never been met to this day.

People can easily forget the number of key features Gold, Silver, and Crystal established for the franchise. Some think that generation 1 gave us the most features since it has the first games. However, all it did was set the framework of how the game is played.

Generation 2 provided the franchise with many features that carry on through most, if not every, games afterward. These include the following:

I can’t imagine any Pokémon game without these features. It’s crazy to think that much of the franchise’s most important content came from the second series of games instead of the first.


The Best Rival
Generation 2’s rival is the best rival to this date. His canonical name is Silver, but he can be named whatever you want. What makes him stand out is that he feels like an actual rival instead of a friend. After stealing, yes, stealing, the starter with an advantage over yours, his goal is to become the strongest trainer by any means necessary.

Silver is a hateful, power-hungry trainer that perfectly counteracts your focus on friendship. It makes sense when characters condemn his selfish pursuits, saying he should be more passionate and kind. Other generations, except generation 1, “rivals” are also focused on friendships with their Pokémon. This causes their losses to be reasoned by your much stronger connection with your Pokémon than them. The drive for victory against rivals becomes pathetic run-ins instead of engaging obstacles since Game Freak is so focused on making the rival likable that they don’t realize having more characters like Silver is much more interesting and motivating. In the end, Silver learns to become kinder, thus showing character development. I would love more rivals like that.

Post Game Unlocks
There’s no doubt that generation 2 has the best post-game content in the history of Pokémon. Game Freak thought that the franchise was going to end with Gold, Silver, and Crystal. So, they added an abundance of great things that haven’t been replicated since, Which is a shame because I love these additions so much.

For the first and only time in Pokémon history, you unlock the ENTIRE previous generation’s region, in this case, it’s Kanto. This includes being able to collect all eight gym leaders’ badges. It’s nostalgic to see the previous generation’s characters grow up between the games and visiting most places from before, but some are blocked off due to memory shortage.

In Pokemon Red, Blue and Green, you play as a boy, canonically named Red. He has made many appearances in the more recent games, like in Pokémon Ultra Sun and Ultra Moon as a Battle Tree opponent. This popularity is all thanks to the battle against Red on top of Mt. Silver after you become the Kanto champion in generation 2. It’s not just that he is the protagonist in the former generation, but his level of Pokémon shocked everyone that encountered him. His strongest Pokémon is a Pikachu at level 81 – for comparison, the last Kanto gym leader’s highest level Pokémon is level 58. There’s a good chance that you will face Red with severely under-leveled Pokémon, which makes the drive to defeat him stronger.

Along with the former protagonist, you meet the former antagonist during your journey, canonically named Blue. He’s much more mature and has replaced Giovanni as the last gym leader in Viridian City. You must defeat him to gain access to Mt. Silver. Also, he shows up in places as you explore Kanto.

An honorable mention goes to the mythical Pokémon, Celebi, via the GS Ball event item. I know that this mythical Pokémon appeared for a limited time as a Japan-exclusive event (that’s no longer available) in Pokémon Crystal. However, what if I told you that Celebi is back permanently?

On the 3DS systems, you can buy GBA editions of all three games for $10 each. Pokémon GBA Crystal is hardcoded with the GS Ball already available after you become the Johto champion. All you have to do is visit the Pokémon Communications Center (Japanese version) or the Goldenrod Pokémon Center (Western localizations) to pick it up. I would highly recommend getting GBA Crystal as this is currently the only way to get Celebi and Shiny Celebi legitimately outside of events.

In 2009, Pokémon Gold and Silver were remastered into Pokémon HeartGold and SoulSilver while aspects of Pokémon Crystal, like its Suicune storyline, were built into both games. These remasters only added to their predecessors’ greatness with additions like walking Pokémon, the Battle Tower, and gym rematches. HeartGold and SoulSilver had 256 pixelated regular and shiny walking Pokémon that would follow and react to you. Having Pokémon walk with you was a cute and popular feature that came back with the release of Pokémon Let’s Go Pikachu/Eevee and the Pokémon Sword/Shield DLC. The Battle Frontier was popularized in generation 3 with Pokémon Emerald, five different buildings that you can fight consecutively through. These buildings provide different modes like making you only use rental Pokémon or going through seven battles without being healed afterward. They’re new challenges that force you out of your comfort zone. Just like in Pokémon Platinum, you can rematch stronger versions of the gym leaders. HeartGold and SoulSilver made this mechanic more adventurous. The gym leaders are found all over Kanto and Johto in places like the Viridian Forest and Celadon City’s fountain instead of in a single place. You must find them first on certain days of the week and register their number to your PokeGear to rematch them.

Conclusion
The Pokémon franchise has gone through many series of games that continue to grow. Generation 2 established so many key features that have lasted across the core series and even some of the spin-offs. The inclusion of the previous generation is something that I wish would come back. There was so much content that came out of that, including giving the former protagonist some character development. It made Red one of my favorite trainers. HeartGold and SoulSilver also set the bar for remasters, which hasn’t been close to being surpassed. I can only hope that the Pokémon Diamond and Pearl remakes that were announced can live up to these expectations. However, I doubt that Game Freak will ever return to the fan-pleasing and lovable generation 2, considering the baren and DLC-based series they seem to lean towards nowadays.