God of War 4 Valkyries Ranking Based On Norse Mythology 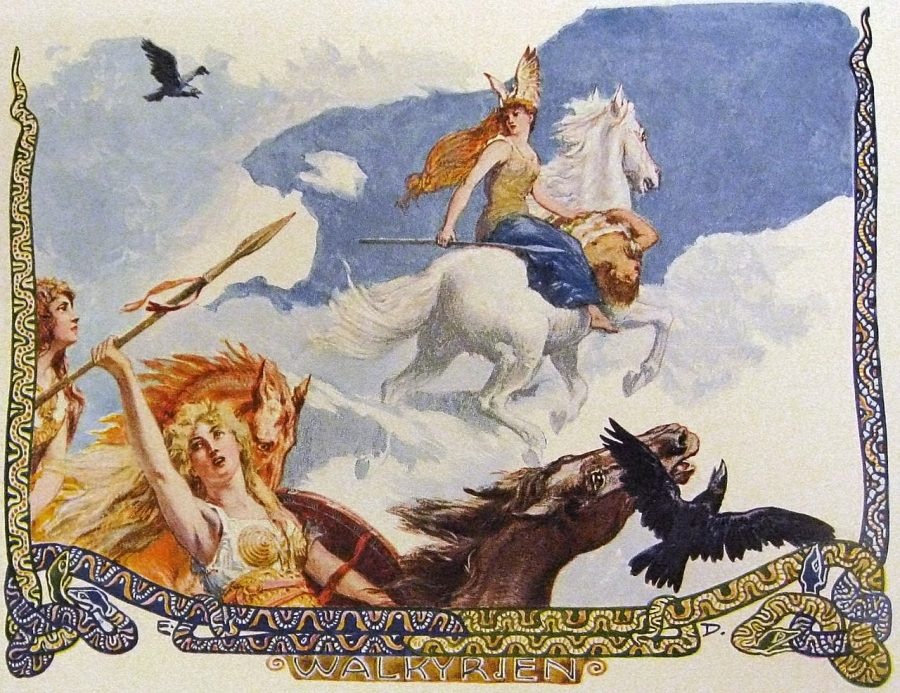 God of War 4, developed by Santa Monica Studios, brought Kratos away from Greek Mythology and into the world of Norse Mythology. Along with this came the introduction of valkyries, female figures clad in armor who govern battles. These optional boss battles brought a whole new level of difficulty to the game. The question is how difficult would their actual mythological counterparts be and how accurate is God of War 4 at portraying them. From easiest to hardest, here’s where each of the in-game valkyries rank.


8 Geirdriful
The easiest valkyrie in Norse Mythology is Geirdriful. Why? Because there is no information about her, except for her name meaning “Spear-flinger.” It can only be assumed that she is a regular valkyrie with an added spear as a weapon. The other Valkyries are more fleshed out and having a different weapon isn’t enough to stand out.

God of War 4 did a great job with the limited information they had about Geirdriful. She is fast and difficult to predict. It matches her lost background. You don’t know who she is just like you can’t predict her movements. It is a weird decision that her spear was replaced with a scythe, which is funny as having a spear is the only thing known about her.

7 Ölrún
Ölrún comes in as the second easiest due to a similar problem as Geirdriful, there’s little information about her. What is known is that she is both a valkyrie and a swan-maiden, a being that can shift into a human and a swan, that left her husband in search of battles. This is hinted at in her God of War 4 combat as she is very nimble and keeps her distance. You must wait until she goes to attack you for an advantage. It could be that her quickness is a reference to her mythological version running away.

6 Eir
Eir marks the start of valkyries with a strong mythological background and duties. She is a healing valkyrie with her name meaning either “Peace, clemency” or “Help, mercy.” It may not be an aggressive fight, but the added defensive maneuver of healing would be tedious for anyone who wants to fight. God of War 4 represents her well as Eir forces you to slow down in battle. She is a much more defensive boss compared to the other Valkyries. It really fits the Norse lore even though she isn’t known to wield a scythe.

5 Gunnr
Gunnr is one of the valkyries that focuses specifically on battle. She always gets to the battlefield first and helps determine the outcome. It’s an important job reserved for her, Róta, and Skuld, who isn’t present in the game. However, she doesn’t have anything that sets her apart from them. Gunnr in God of War 4 holds this battle background for her move-set as she focuses on quick, stabbing attacks. It’s perfect for a battle valkyrie.

Though she can’t control the weather, Gondul focuses on manipulation, which I think is a lot more powerful. She is known for manipulating a king named Hedinn of Serkland into causing a long war in Norse mythology. This isn’t something that would benefit her in a 1vs1 against someone like Kratos. However, though it’s not clear if the story is talking about the valkyrie Gondul, she is also known for having vengeful spirits of herself. Gondul could use this and her manipulation tactics to be a worthy opponent. Both accounts are clear signs that she isn’t as benevolent as the other valkyries.

Her God of War 4 appearance isn’t very mythologically accurate. Gondul becomes a fire-based boss in Muspelheim, something she isn’t known for being able to do. It could be that the fire is a reference to her fiery vengeance but there are clearer ways to reference her manipulation. Regardless, you wouldn’t want to meet either iteration of Gondul.

3 Róta
As I mentioned, Róta is also a battle valkyrie, though she has actual elemental powers. She can cause storms and rain wherever she goes. This added power would make her a huge pain to deal with. You’d have to deal with slippery surfaces and blurred visions caused by her disasters. Not to mention, she would definitely be able to fight in these conditions with ease. It doesn’t sound fun. Though God of War 4’s Róta has upfront battle attacks, she is mainly a ranged boss that utilizes magic. There are no attacks specifically using storm, rain, or environmental effects, but the added yellow magic she can do may hint at her powers.

2 Hildr
Hildr is the personification of battle. She can revive the dead, which she used in the battle of the kings Hedinn and Hogni to create everlasting conflict. Revival makes her a very strong opponent. If you aren’t overwhelmed by her minions, you will tire out over time. Unfortunately, God of War 4 did her dirty. Hildr is one of the easiest valkyries in the game because she is stationed in Niflheim, a place that makes Kratos stronger. Her mythological revival background was given to Kára, who can summon Draugr, even though that’s not something Kára can do. Also, she’s an ice-based boss for some reason. Hildr deserves to be a harder boss as fighting her mythological self would be a heavy challenge.

You might be wondering why Kára, one of the easiest valkyrie bosses, is tied as the strongest with the hardest God of War 4 valkyrie, Sigrún. Well, according to Norse mythology, they’re the same person. Just like in God of War 4, Sigrún was a leader of the Valkyries, so Kára should be in equal or near-equal standing.

God of War 4 separated the valkyries into two different individuals with Kára being much weaker. Sigrún is perfect as she is, only able to be battled after every other valkyrie is defeated, and uses a mixture of defeated valkyrie move-sets that makes her the hardest boss in the entire game. Kára is a different story. She has the added abilities to summon Draugr and throwing yellow discs, neither of which is present in her mythological backstory. You can argue that the Draugrs is a reference to her being a reincarnation of Sigrún, but it doesn’t make sense as this ability matches Hildr much better. It seems that Santa Monica Studio used their creative freedom to separate Kára from Sigrún, even though, mythological-wise, they should be very close or the exact same when it comes to power.

In Norse mythology, each valkyrie comes with different advantages that make them stronger with the ones that have powers being stronger. God of War 4’s representation of them is as accurate as the game limitations allow it to be. It’s caused the mythological valkyries to be inaccurate in power, with the strong being weaker and vice versa, but it’s still fun in its own manner.