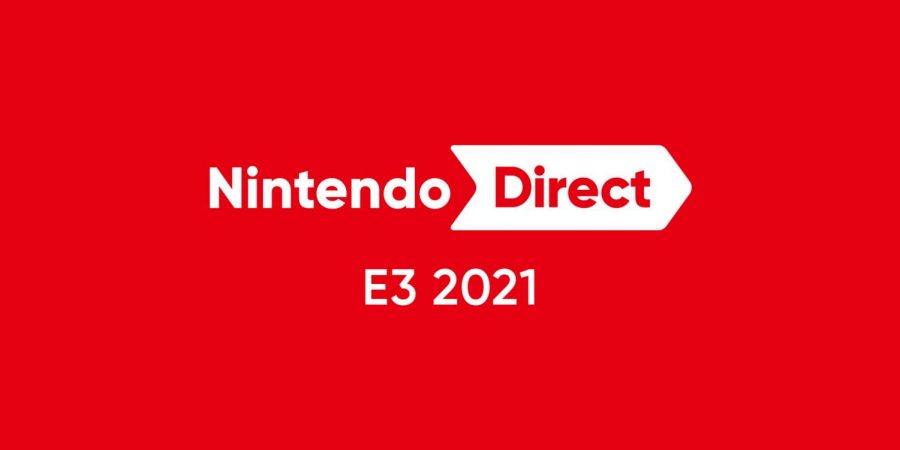 The Nintendo Direct is an online presentation of what’s in development or upcoming for Nintendo and its consoles. This includes exclusive titles and ports from other developers. Here’s a recap of games that were featured in the 2021 Nintendo Direct on June 15th!

Legend of Zelda: Breath of the Wild Sequel

The highly anticipated Legend of Zelda: Breath of the Wild sequel finally got its teaser trailer revealed. Link soars through the sky in this beautiful environment with a new shapeless threat looming on Hyrule. New abilities shown are a time skill that lets you visually predict where something will go and a pathway that lets you go through solid objects. Though there isn’t a definite name for this sequel or other information, fans can be excited for what’s to come.
Metroid Dread
Release Date: October 8, 2021

While Metroid Prime 4 is still in development, Nintendo presented Metroid Dread, which returns the franchise to its 2D platformer roots after roughly 19 years. This sequel to the 2002 Game Boy Advance title Metroid Fusion has Samus Aran fight against the robotic E.M.M.Is. New abilities include a cloaking feature called the Phantom Cloak and the Spider Magnet to climb on appointed walls and ceilings. You can find updates on the game through “Dread Reports” here. Pre-order here!

Mario Golf: Super Rush features many iconic Mario characters and new modes for players to engage in. Four game modes are here to spice up your gameplay. Standard is the default golfing mode for those who want the classic calming gameplay of golf. Speed golf is a race to the end as you chase every ball you hit in order to beat the other players to the end of the course. Battle Golf is a 9-course obstacle area against other players. Golf Adventure lets you play as your Mii character in a role-playing game format. Nintendo also mentioned that Mario Golf: Super Rush will have free updates in the future that add new courses and characters. Pre-order here!

Mario Party Superstars takes you back to its Nintendo 64 and GameCube roots with five classic boards like Peach’s Birthday Cake from the original Mario Party along with 100 classic mini-games from both eras! You can play with nearby friends or online with random matchmaking. Pre-order here!

This turn-based, role-playing spin-off of the Monster Hunter series allows you to play as a beginner monster rider and journey to uncover the truth of the world. You can collect resources to improve your armor and weapons as well as monster eggs that hatch into helpful companions. Pre-order here! Demos will be available on June 25th that will let you transfer its data when the full game releases.

WarioWare: Get It Together!
Release Date: September 10, 2021

WarioWare: Get it Together! features more microgames created by Wario with the new addition of 2-player cooperative play. This comedic game allows you to play as Wario and friends as you tackle ridiculous challenges like pulling out a statue’s arm hair under a tight time limit. Pre-order here!

And More!
Several DLCs, ports, and remakes were also announced at the Nintendo Direct. Here’s a quick rundown!

Kazuya from Tekken is the next DLC fighter that’s coming to Super Smash Bros. Ultimate. The Legend of Zelda franchise has more in store to celebrate its 35th anniversary, starting with the announcement of Wave 1 – Pulse of Ancients for the Hyrule Warriors: Age of Calamity expansion pack. This includes new weapons, challenges, enemies, and a larger roster of characters. It will be released later this month. Wave 2 – Guardian Of Remembrance will be released in November 2021. Skyward Sword HD is being remastered for the Nintendo Switch and Switch Lite, releasing on July 16th. Finally, a special, 35th-anniversary Zelda-themed Game & Watch system will be released on November 12th. You will be able to play the original Legend of Zelda, Zelda II: The Adventures of Link, Legend of Zelda: Link’s Awakening, and the Game and Watch Vermin game with Link as the main character.

This Nintendo Direct has definitely raised fans’ spirits on what’s in store for the future. The Breath of the Wild sequel and Metroid’s return to its original 2D roots took center stage. Some upcoming games like Mario + Rabbids Sparks of Hope are left out because they’re featured in the ongoing Geekwave Summer Game Fest article. We can’t wait to play these games!