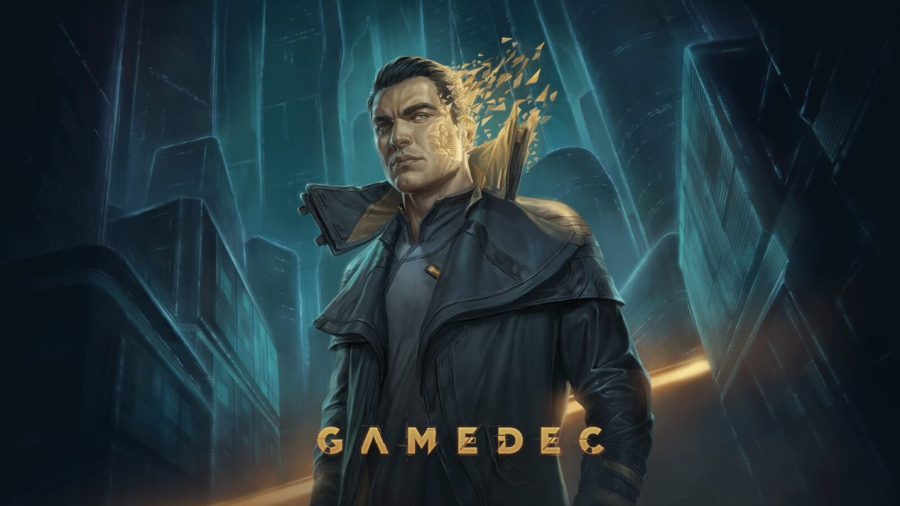 Have you ever wanted to be able to solve crimes hidden in virtual reality games? Probably not but there is a game that explores that theme. Gamedec, developed by Anshar Studios, is an isometric role-playing game where you play as a game detective, or gamedec for short, and do just that. Journey to the 22nd century where the border between life and death is relative and sins reign. As a gamedec, dive into different virtual worlds and figure out the deep mystery you were hired to solve. You choose how you want to uncover the secrets. This game has a lot going for it with only a few misfires along the way.

There are 18 different characters to choose from. You can choose your social status, how you want to approach the world you’re entering, and even pronouns (which I’ve never seen before in a game).
The art style in Gamedec is aesthetically pleasing. It reminds me of a cyberpunk version of the early Fallout games.
The four skill systems unlock different dialog choices depending on your initial class and how you approach each situation. It allows you to replay the game with different styles like if you want to be more aggressive, inquisitive, or charismatic.
Decisions are permanent. It added a layer of tension when I realized I couldn’t reopen side-quests or replay parts I messed up on.
Not only is the art style appealing, but the game features cool gameplay graphics like visualized glitches. The animation is smooth as it intertwines with gameplay and your choices.

There’s a lot of reading… like A LOT. Personally, I like narrative games, but the amount of lore that was put into the codex overwhelmed me. I ended up opening and closing the entries just to get rid of the notifications.
It feels like the game is rushing you through. As a result, the different paths seem like they end in the same final destination.
It’s difficult to tell when you’ve earned a skill point or even leveled up. Sure, an exclamation shows up on the tab it’s in, but that folder holds other things too like your codex and narrative tree. You won’t know if the notification is a skill point or not until you load it up.
A few minor bugs are still in the game. One that I encountered was my player not showing up for a few seconds every time I entered the graveyard area.

Verdict
Gamedec has recently been released and it has definitely impressed me. The worlds are unique with their own hidden secrets. I can tell that the developer team has built a massive lore in the game as its story is an engaging ride. There’s a lot of things to enjoy in this new game. You can pick up a copy now on Steam here and visit their website.